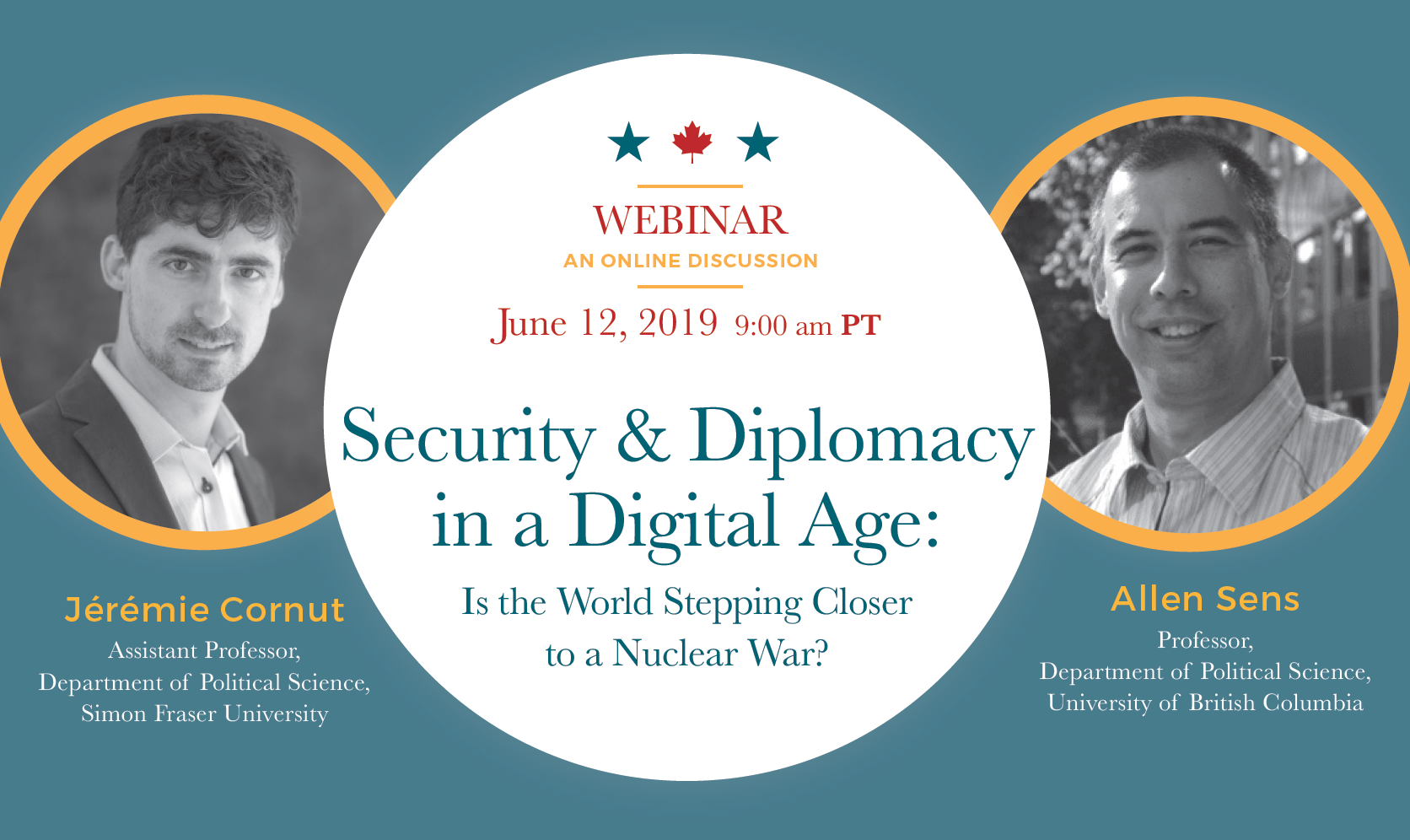 Jérémie Cornut (SFU) will present during our online discussion on June 12th: Is the World Stepping Closer to a Nuclear War?

Read the abstract: 21st century communications technologies change the way countries promote their interests and values and win hearts and minds beyond their borders. The most recent developments in communications technologies increased not only the speed of international communication, but also the reach of these communications. International politics become a battle of digital narratives, in which the country that wins is the country that manages to successfully use social media. This requires new skills from diplomats. This analysis will notably be illustrated with the Twitter war between Canada and Russia in August 2014. The Canadian delegation to NATO posted a Russia/Not Russia map with the goal of asserting Ukraine’s territorial sovereignty. It instrumentalized digital diplomacy to serve this purpose and succeeded in attracting the attention of a wide audience, while Russians failed to counter this narrative. These discussions allow to understanding better innovations in public diplomats’ practices and their impact on international security.