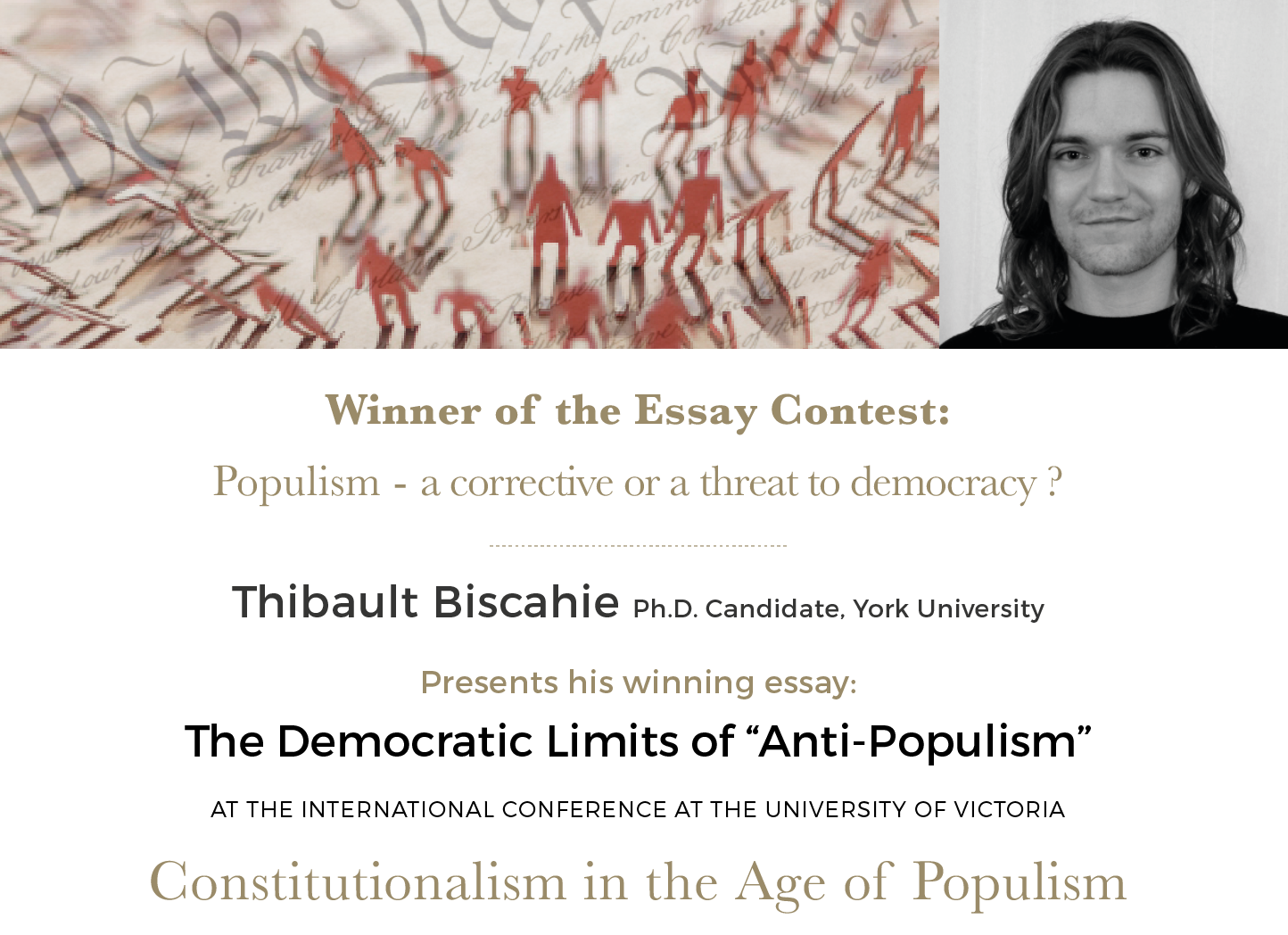 In January 2020, the Jean Monnet Project “Europe Dialogue on Democracy: Democratic deficit and the rise of populism in Europe” (CEDoD) - co-financed by the Erasmus+ Programme of the European Union and the Centre for Global Studies at the University of Victoria - launched its essay contest “POPULISM: a corrective or a threat to democracy?”. As part of the CEDoD’s outreach initiative to connect young scholars and promote their work, we invited graduate, doctoral, and recent post-doctoral students enrolled or employed at a university in Canada to submit essays for adjudication.

Submissions were received from across the country and the adjudication panel decided unanimously to award:

a PhD Candidate at York University,

for his contribution: The Democratic Limits of “Anti-Populism”

As the winner of the essay contest, Thibault Biscahie was invited to present his essay at the international conference, “Constitutionalism in the Age of Populism” https://bit.ly/2QTME8P (March 6-8, 2020) at the University of Victoria.

Populism – a corrective or a threat to democracy?, by Laurence Claussen, MA student in the Department for Political Science at the University of British Columbia

We are thankful for all submissions and wish to congratulate all the finalists.