Policy Memo on universal basic income in Europe and beyond

The continuous global growth of economic entanglement, technological ‘advancement’, and the shifts of wealth associated with both, are impactful trends seen and felt by all. Nevertheless, these trends are realistically only beneficial to the continuously narrowing few. When we critically examine the specific challenges we as a global community face, the economic, and subsequent social challenges that have emerged from the consolidation of wealth corporately, generationally, and globally are the most visibly concerning and artificially created issues hurting the stability and flourishment of peoples and democratic values. However, in so being these are artificial issues in the sense that they are human constructed and socially maintained, they are then just as artificially and politically solvable; an optimistic view this memo will defend and demand a need for. My research aims to bring into light economic and policy alternatives, specifically the increasingly discussed idea of a Universal Basic Income (UBI), which will aid in combating the disparity of economic well being within communities of all scales. Furthermore, this memo will critically question the current place and responsibility conglomerates of asymmetrical and largely untouchable power have in our increasingly polarized and economically inequitable liberal societies across the globe. It will also propose how new, pragmatic, forward-looking, data-driven systems of taxation and regulation are needed to ensure a human-focused economic future, an economic life that creates for everyone in society opportunities for success.

The CEDoD project is co-funded by the Erasmus+ Programme of the European Union and the Centre for Global Studies at the University of Victoria.

The European Union support for the production of publications does not constitute an endorsement of the contents which reflect the views only of the authors, and cannot be held responsible for any use which may be made of the information contained therein. 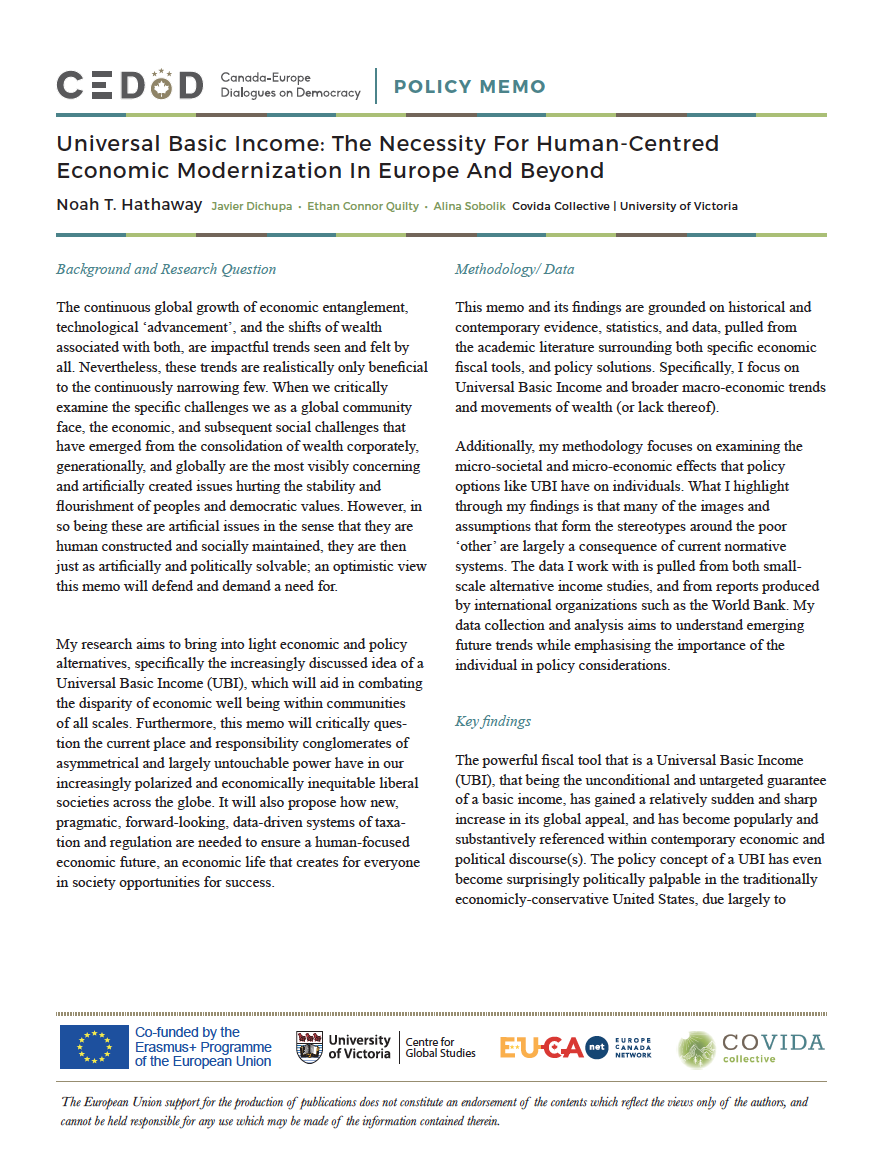