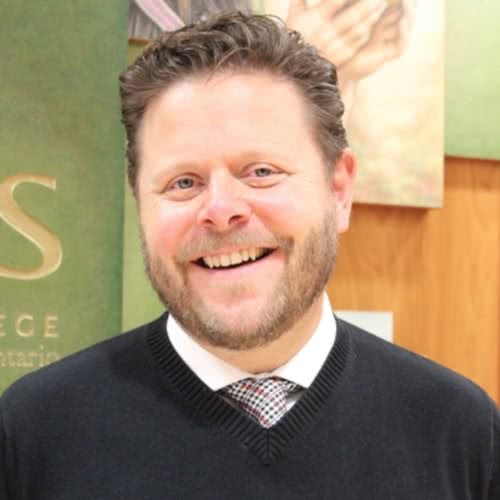 1. Please tell us about the key aspects of your research that investigates issues related to migration/citizenship/borders and/or the ‘refugee crises in Europe and/or Canada? What has sparked your scholarly curiosity? Please feel free to add a reference to recent publications.
For nearly twenty years I have been engaging in scholarly and policy debates and discussions surrounding questions of borders, borderlands, security and technology. Connected to broader interests in sovereignty and identity, I have explored these issues in both the North American and EUropean context. I examine the introduction of identification and surveillance technologies, such as biometrics, and consider how the proliferation and amplification of these technologies across border management alters how the border and borderlands come the be articulated, as well as how the bodies that cross borders – or attempt to cross them – are (re)articulated. Specifically, the capacity for various forms of social sorting of mobile bodies into categories of risk that is enabled by these technologies and the politics they accompany, allows for enhanced exclusionary tactics and politics, feeding into xenophobia and anti-immigrant politics. In addition to the work I have done as part of the Borders in Globalization SSHRC, I have forthcoming publications on “The Biomertic Border,” in the Handbook on Critical Geographies of Migration ( Edward Elgar 2019) and the co-edited book (with Can Mutlu), Architectures of Security: Design, Control, Space (Rowman & Littlefield 2019).
2. In your view, what are the key political and policy challenges in responding to current migration patterns?
The key policy challenge for contemporary migration patterns is the resurgence of xenophobia and neo-fascist politics of exclusion. As a somewhat predictable backlash to forms of globalism that have arisen over the past 30 years, parochial politics of populism are on the rise, which in nearly all ways result in anti-immigration policies. The EU’s neighbourhood policy, and the infamous “not Australia” approach to asylum seekers respond to these political pressures by externalizing the “problem” of migration, by either denying capacity for refugee claimants to appeal to the 1951 Refugee Convention or the Dublin regulation.
3. In light of the ongoing challenges to respond to high numbers of refugees worldwide, what can we learn from how Europe has addressed the influx of refugees over the last two years? What lessons could/ should Canada draw from what has unfolded in Europe (politically, in policy terms)?
The EU has effectively outsourced a significant amount of functions for dealing with the increasingly high numbers of refugees. Whether enabling Turkey to keep the lion’s share of asylum seekers within its own borders, in spite of its own politics and decision to not label these migrants as “refugees,” or the decision vis-à-vis FRONTEX to support actors such as the Libyan Coast Guard, the EU is working hard to keep the high numbers of refugees from its shores. In much the same way as, American border security policy openly enlists the Sonoran Desert and other brutal environments to act as deterrents or the purveyor of death to would-be migrants, the Mediterranean is enlisted by the EU. However, in spite of these efforts, the challenges presented by large numbers of refugees end up on the shores of the EU. Divergent member state policies towards refugees, as well as difficulties associated with the successful assimilation of large numbers of refugees within EU member states, pose specific challenges to the EU. As Canada has embarked on a different strategy than the US in terms of managing refugees, and yet through policies, Canadian border and mobility management is deeply intertwined with the US, there is likely much to be learned in terms of managing these differences within a broader binational or multinational coordinated context, such as the EU.
4. In more general (policy or normative) terms, what kind of response to governing the global surge of refugees should liberal democracies develop and implement?
Both academic circles and policy spheres have tended to respond to the challenges of globalization as articulated in the 1990s through a rather myopic and uncritical approach of international political economy. What was a general uncritical embrace of neoliberalism, the market and the economy were also represented in uncritical and un-reflexive ways. We now find ourselves in a space where the uncritical embrace of global commerce, trade and finance is an almost unassailable “good”, and yet the mobility of persons was never considered fully, as consequence or ramification of these destructive and exploitative trends. Liberal democracies have become champions of free trade, global commerce and international financial cooperation; the related facilitation of mobility has been particularly narrow, focusing on a select, global elite. Theoretically there is a capacity for liberal democracies to advocate more forcefully for the politics of hospitality and humanitarianism, but such a change requires a deep re-think of the fundamentals of sovereignty and how beholden our global politics are to particular models of political economy.
Thank you for the interview!

Check also out : Professor Ben Muller in an video interview about the European Union and the migration crisis.\