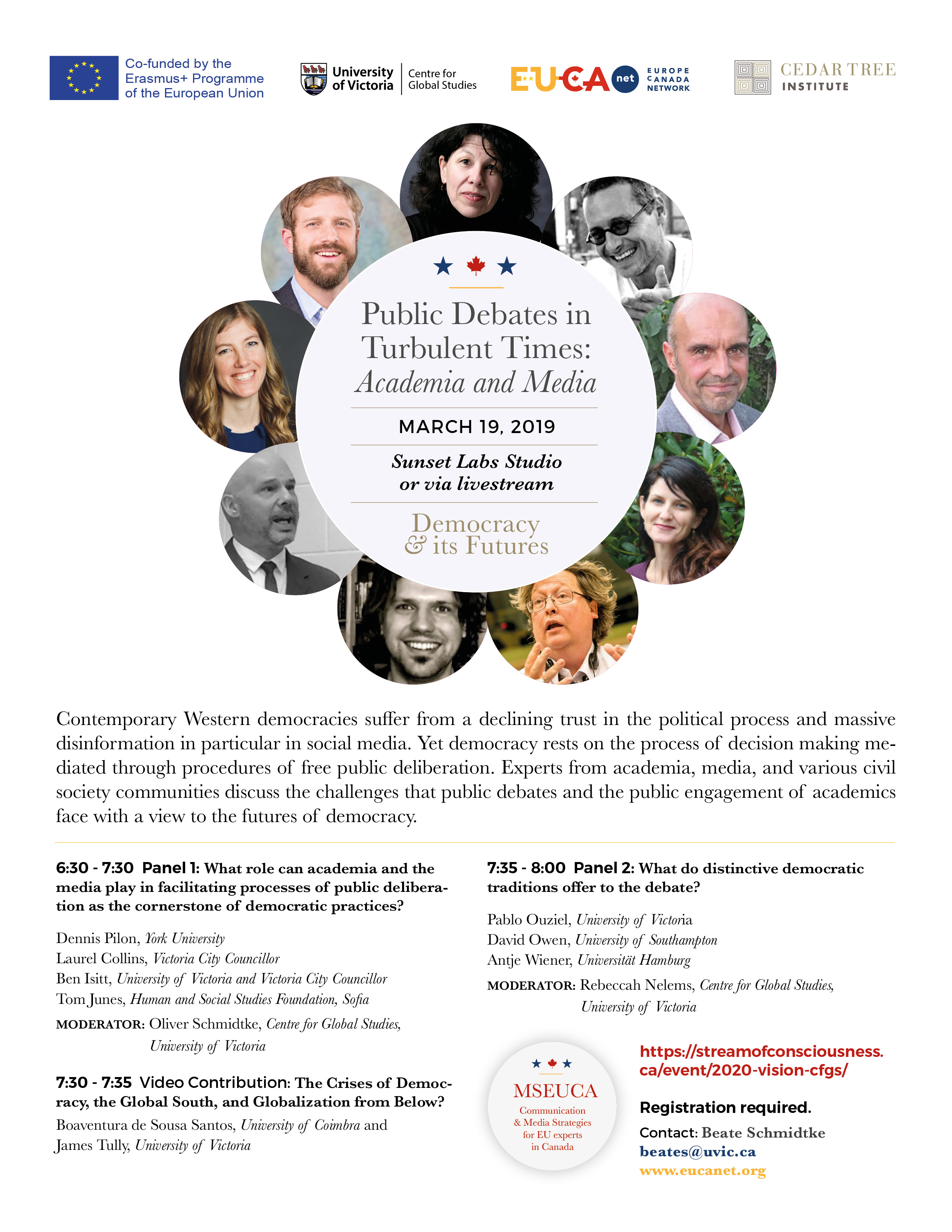 The video of the webinar/public debate has been uploaded on our Youtube channel.

This is the second event that the EUCAnet team organized  for the MSEUCA project. While the first event focused on questions  surrounding “Expert Knowledge in the Age of Declining Trust in the Media” in Toronto at the ECSA-C Biennial 2018, our second event was entitled ‘Public Debates in Turbulent Times: Academia and Media’ (organized at the University of Victoria).

During the webinar/live-streamed public event "Public Debates in Turbulent Times - Academia and Media" at a state-of the-art studio in Victoria on March 19th, 2019, some high profile experts from Canada and Europe discussed the changing world of communication and mass media, the challenges that expert knowledge faces with the proliferation of ‘fake news’, and the ability of university experts to contribute to public debates in a meaningful and effective way. The starting point of the discussion was the assumption that the access to and critical debate of information in the public realm is a key component of contemporary democratic life.