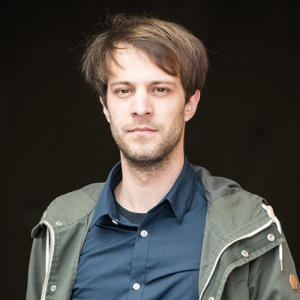 Stefan Haußner is a Research Associate at the Chair of European Integration and European Politics at the Universität Duisburg Essen.

Do Member State citizens consider themselves to be European citizens? Do they vote in the European Parliamentary elections? What if they all did? These are the questions that Stefan addresses in his research, and he is not alone in this pursuit. The European Union has made conscious and substantial efforts to develop a European Identity. Democratic legitimacy and supranational identity go hand-in-hand in establishing the authority and legitimacy of the Union and it is something that the Union has struggled with. Some scholars, such as Stefan, believe that national identity will lose its role as primary and a supranational identity could possibly replace it. Others believe that the EU will never be able to overcome the power of national identities.

I was fascinated by the idea of bringing together people whose nations had long been at war with each other. I started my interest more from a sociological perspective and found the different perspectives, ideas and attitudes of EU citizens exciting. My second pillar is the Survey Methodology. Of course, different problems arise for surveys in inter- or transnational surveys than for purely national surveys. My main concern is to capture the specific cultures in different regions of Europe. Furthermore, I find the idea of the nation as an anchor point of identity obsolete and see the EU as a possible step towards a post-national democracy.

My research deals mainly with the issue of voter participation in the EU. Both at the national level and in the European elections, participation rates have recently started to rise again after an enormously long period of decline. Finding out the mechanisms behind this development and the reasons for rising and falling voter turnout is the basis of my research, with a particular focus on the social distortion in voter turnout. Currently, my main interest lies in the special character of the European elections as second-order-election. It should be assumed that the social distortion in voter turnout is even stronger in second-order-elections than in national main elections. My research shows, however, that this is surprisingly not the case.

In my PhD project I am mainly concerned with the question what would happen if all citizens voted. The simulation of universal voter participation, its methodological problems and the consequences resulting from it form a project that will be completed in 2021. Here, I mainly use classical imputation procedures supplemented by newer procedures from the field of machine learning.

My research area is complemented by the field of populism research. Especially with non-voter research, interesting overlaps arise here and the question whether populists profit from increasing voter participation is a recently emerging field of research.

Stefan Haußner (MA) is research associate at the Jean-Monnet-Chair of European Integration and European Politics. He is alumnus of the Masters programme "MA Survey Methodology" at the University of Duisburg-Essen. Previous he successfully completed the Bachelor programme "Politics and Society" at the University of Bonn. The focus of his studies is on methods of empirical social research. Through his MA degree programme he acquired extensive knowledge of quantitative and qualitative methods, particularly in the area of data collection and analysis. During his studies he worked e.g. on topics like "international comparability of survey questionnaires" and "social desirability in large scale surveys". In his master thesis, he evaluated the usability of Multiple Imputation on vote choice preferences in several European countries. His research deals with compliance of European core norms in EU Member States and non-EU countries, the analysis of German right-wing populism and the structure of Nonvoters in the European Union.