Policy Memo: The Death of Diplomacy? Opportunities for EU Democracies in a Foreign Service Crisis

Fundamental changes in politics, society, and technology have made the traditional structures and tools of diplomacy obsolete. In this memo, we examine how diplomacy and domestic politics can usefully intersect in the EU, while borrowing insights from the experiences of Canadian and US foreign services. The subject is worthy of sustained discussion because a world order premised on peacefully expanding contacts, exchanges, and multilateral commitments cannot ignore the systems, formal and informal, of diplomatic discourse. To do so would risk a more volatile international order and weaken good governance at home. Simply noting the shortcomings of old-fashioned diplomatic engagement is hardly groundbreaking. What this memo offers, however, is a way of rethinking diplomacy which also strengthens democracy on a domestic level. Globalization has tied the foreign to the domestic more closely than ever before. Today, what happens outside a nation-state’s borders matters profoundly to the conduct and durability of institutions within those borders. Accordingly, governments must deeply engage with the external world. More basically, the state to state paradigm is no longer suitable, and diplomacy must seek public, cultural, economic, and social input for its foreign policies. For Europe, this change would not mean a battle-royal of competing soft-power hegemons, but a sustained effort to craft channels for the exchange of information and experience. Beginning at the national level, rather than the supranational, would entrench a stronger sense of European identity. We offer four recommendations. First, the improved funding of foreign ministries. Second, recruitment must be improved to meet the need for both youth and experience. Third, all nations must articulate clear goals for the short-, medium-, and long-term, and integrate these goals more consistently into the work of foreign missions. And fourth, public diplomacy tools must be repurposed and energetically employed in this endeavor. 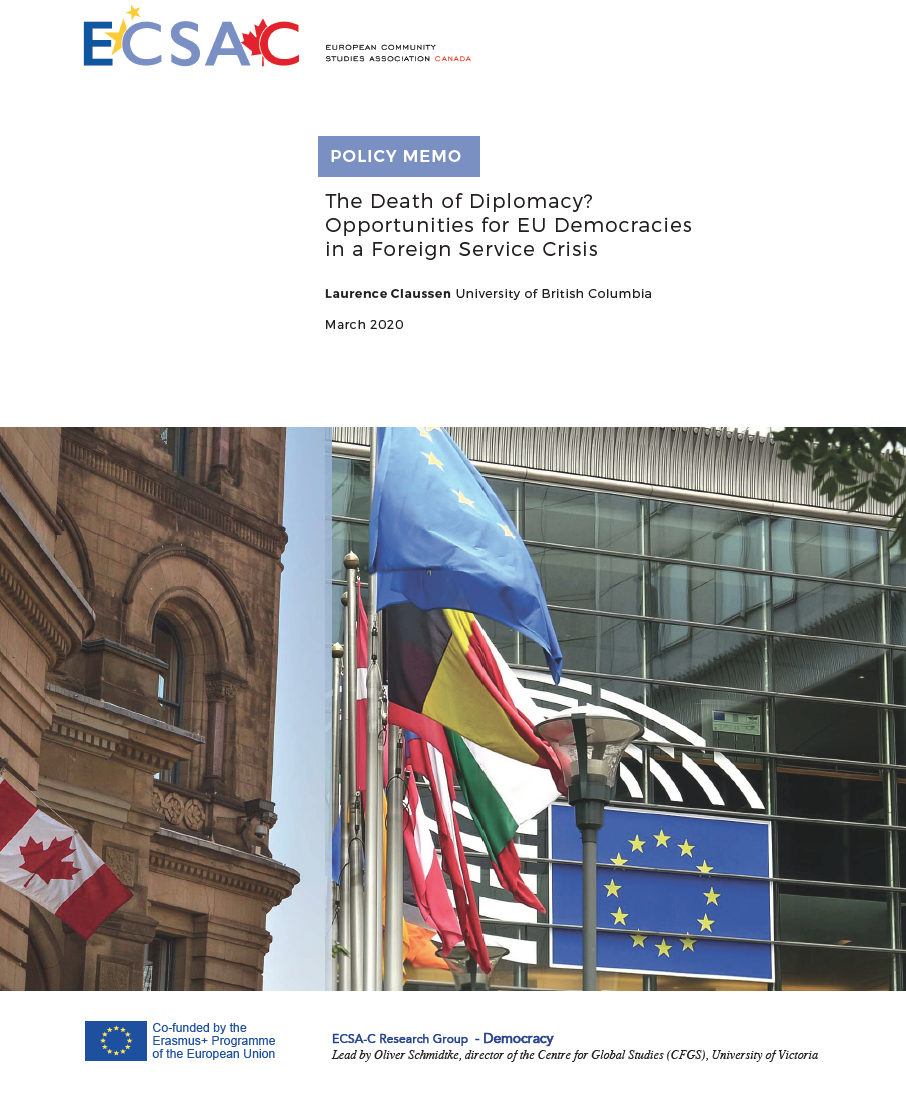