To mitigate climate change effects, British Columbia (BC) implemented a carbon tax in July 2008. However, British Columbia’s (BC) emissions increased by 5.6% between 2005 and 2018 largely due to a surge in emissions from the transportation and oil and gas extraction sectors (ECCC, 2020), while the Rest of Canada’s (ROC) emissions decreased by 0.6% over this same period (ECCC, 2019). These outcomes may suggest that BC carbon tax was not effective in reducing emissions, however to fully assess whether this is true one also needs to look at the emissions trajectory in view of overall economic growth and sectoral patterns. Also, BC’s increase in emissions is not in line with Canada’s commitment to the Paris Agreement which is to reduce emissions by 30% below 2005 emissions levels by 2030. This policy memo poses the following research question:
Can a facility-level analysis of emissions provide evidence-based policy recommendations to increase BC carbon tax effectiveness? To answer this question, a comparative facility-level impact analysis is conducted to assess BC carbon tax impact on large industrial facilities’ emissions, which allows for the development evidence-based policy recommendations. Key findings are compared with the results of the most rigorous studies that have assessed the impact on emissions of the EU Emissions Trading System (ETS). 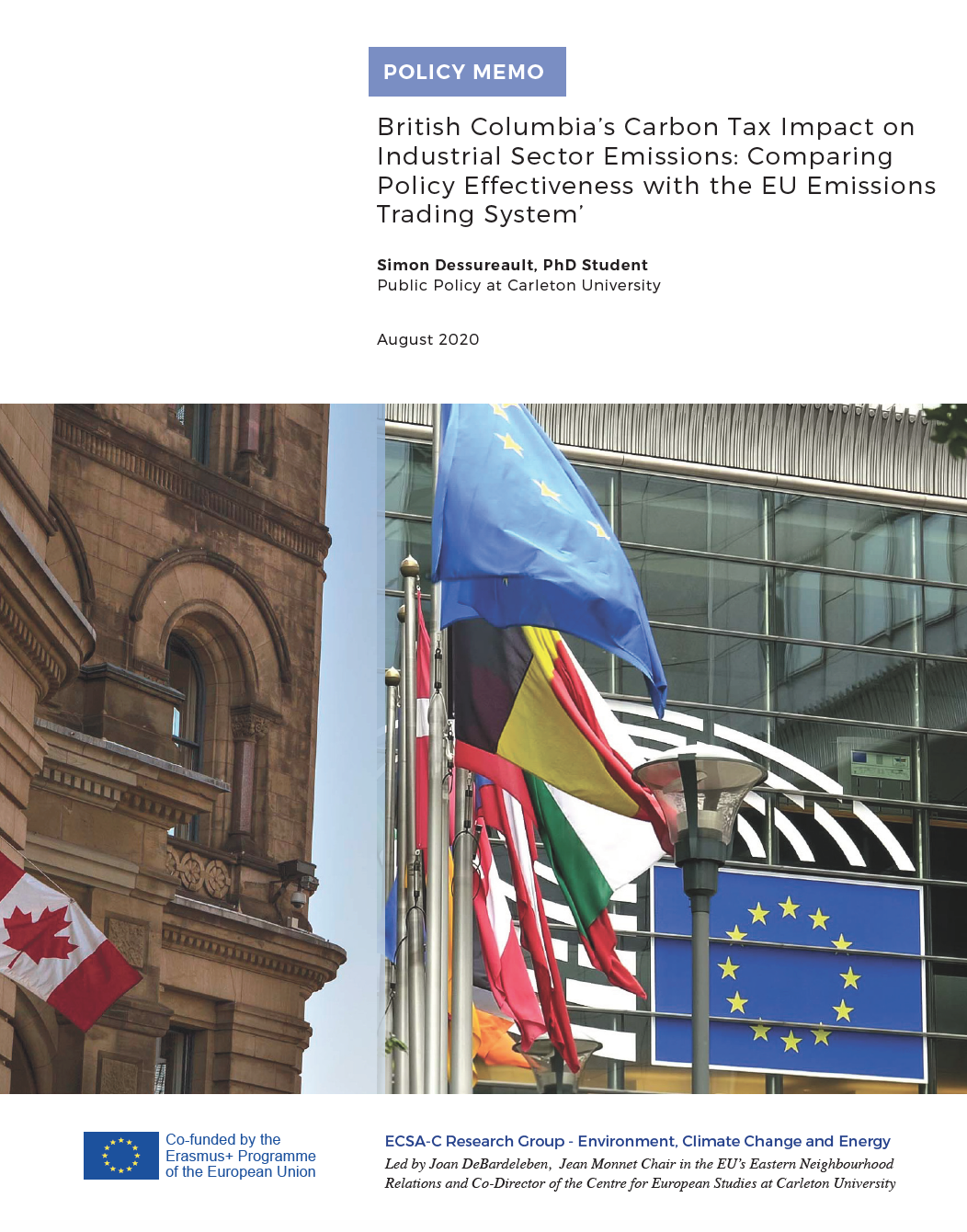