Energy policy in the European Union: Sovereignty, Interdependence, and the implications of Nordstream II in a multi-polar world

The last few weeks have witnessed unprecedented tension between the US and the EU over the now nearly-complete Nord Stream 2 pipeline. A new round of American sanctions could target German political figures and has been received by both German and European officials as unwelcome interference in their bilateral energy relations with the Russian Federation. Current Gazprom board member and former German Prime Minister Gerhard Schröder went so far as calling the US position a catalyst for the end of the transatlantic partnership; in any case, the EU’s response will indicate whether or not it chooses to assert its geopolitical independence from the United States. Germany and the EU can either choose to acquiesce to US demands, thereby compromising their long-standing and essential energy interdependence with Russia, or they
can reject American demands and consider counter-measures, which would further inflame already-high tensions between the erstwhile allies. While both the US and the EU have many interests in common, relations with Russia remain essential to the energy security of Germany and of the broader European Union. The widespread unpopularity of the nationalist policies of US President Trump and the ongoing multidimensional crisis in the United States suggest that this may be a good moment for the EU to reject decisively what it has rightly characterized as American interference in its affairs. This memo suggests that this may be the moment for the EU to begin more assertively articulating its independence from the US on the global stage. 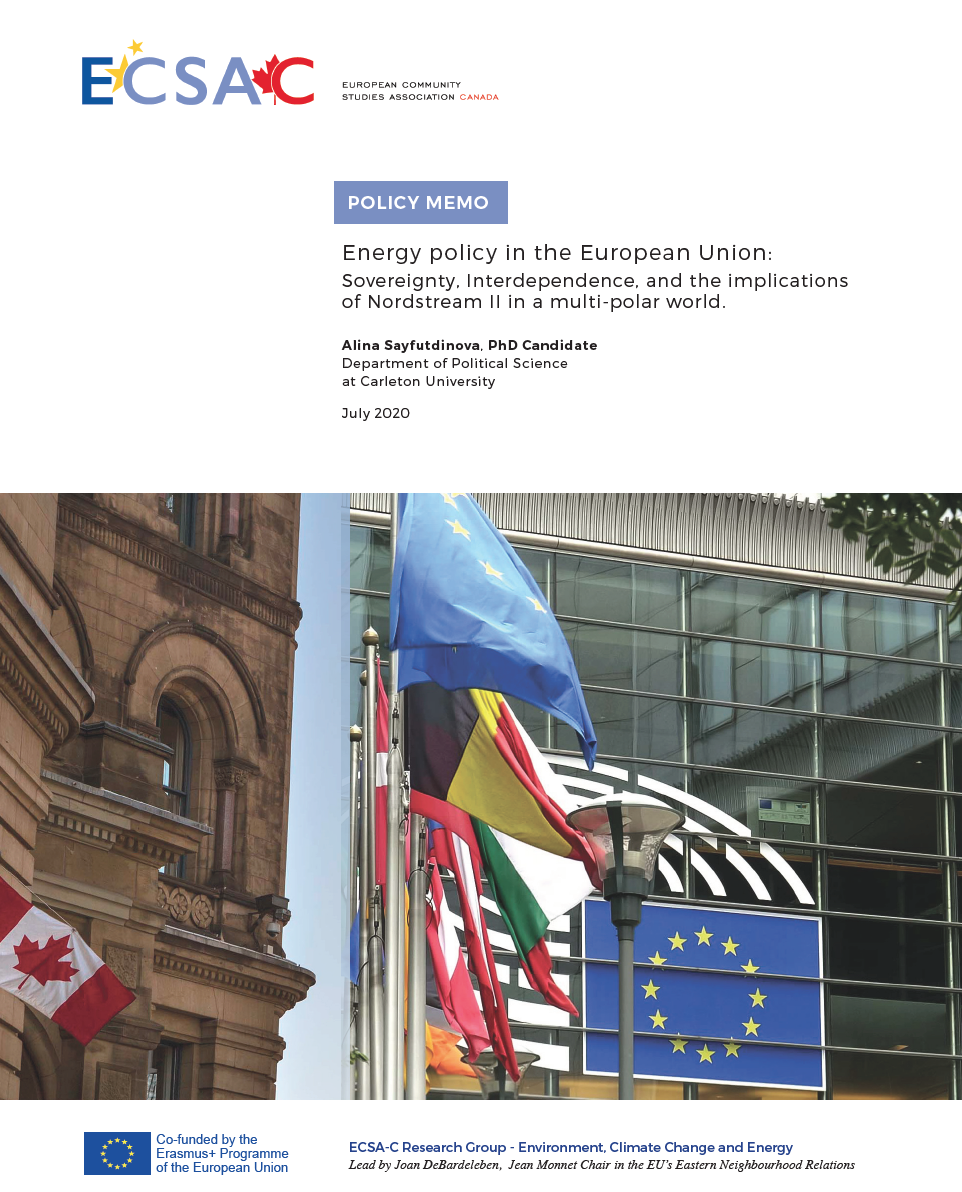