Recovery Policies:  Trigger or Hindrance for an Ambitious Climate Policy?

Covid-19 urged governments around the world to inject vast sums of liquidity into lockdown-economies. Moreover, the reconstruction of pandemic-damaged economies requires further state support. The debate about appropriate recovery plans quickly became a debate about policy instruments and more so about the direction such programs should take. Climate activists quickly stepped forward by promoting the greening of state programs. As the political scientist Kathryn Harrison put it: “This is a once-in-a-lifetime moment where governments are going to spend vast amounts of money. Let’s not blow it by investing in an economy that we know we need to leave behind.” Likewise, Bertrand Piccard and Frans Timmermans, the executive vice-president of the European Commission, stated for the EU: “Instead of using the stimulus packages to support ‘business as usual’ – locking in obsolete economic models, and investing in assets that will soon be stranded – we should invest in the new economy to come out of the crisis in better shape than we went into it, fit for the future: sustainable, inclusive, competitive and prepared for the future: sustainable, inclusive, competitive and prepared.” Such wishes are widely shared. As a matter of fact, using the necessary recovery programs as a lever for far-reaching climate policies plays a prominent role in many parts of the world. Whether it is the Democratic Party in the US, the Canadian Liberal Party or a large number of European governments as well as the EU, versions of a Green Deal can easily be identified.
Still, chances are, those big policy announcements will not live up to the expectations. The lockdown brought a slight reprieve to the increase of Co2. At the same time, the political preferences of voters shifted as the public has become more and more concerned about private and public health as well as economic well-being. We argue that a dose of skepticism holds for the marriage of the Green Deal-program of the EU and the ‘Next Generation EU’-initiative. Four arguments drive this skepticism. First, the EU is running the risk to launch a cost-intensive program at a time when the rest of the world tries to rescue jobs and established growth paths. An un-coordinated policy comes with the risk of undermining international price competitiveness. Second, the experience of the rescue programs of the Great Financial Crisis from 2008 gives reason to doubt current announcements. Third, current liquidity and rescue programs drive public debt in new spheres and may provoke a new push for fiscal consolidation and thus austerity. Fourth, political majorities for ambitious climate policies compete with the demand to safeguard existing businesses and jobs. The more national governments focus on national interests, the higher the risk of turning towards protectionist practices. Rather than maintaining and nurturing the global public good, nation-states may try to improve their economic positions, probably with a dose of protectionism. 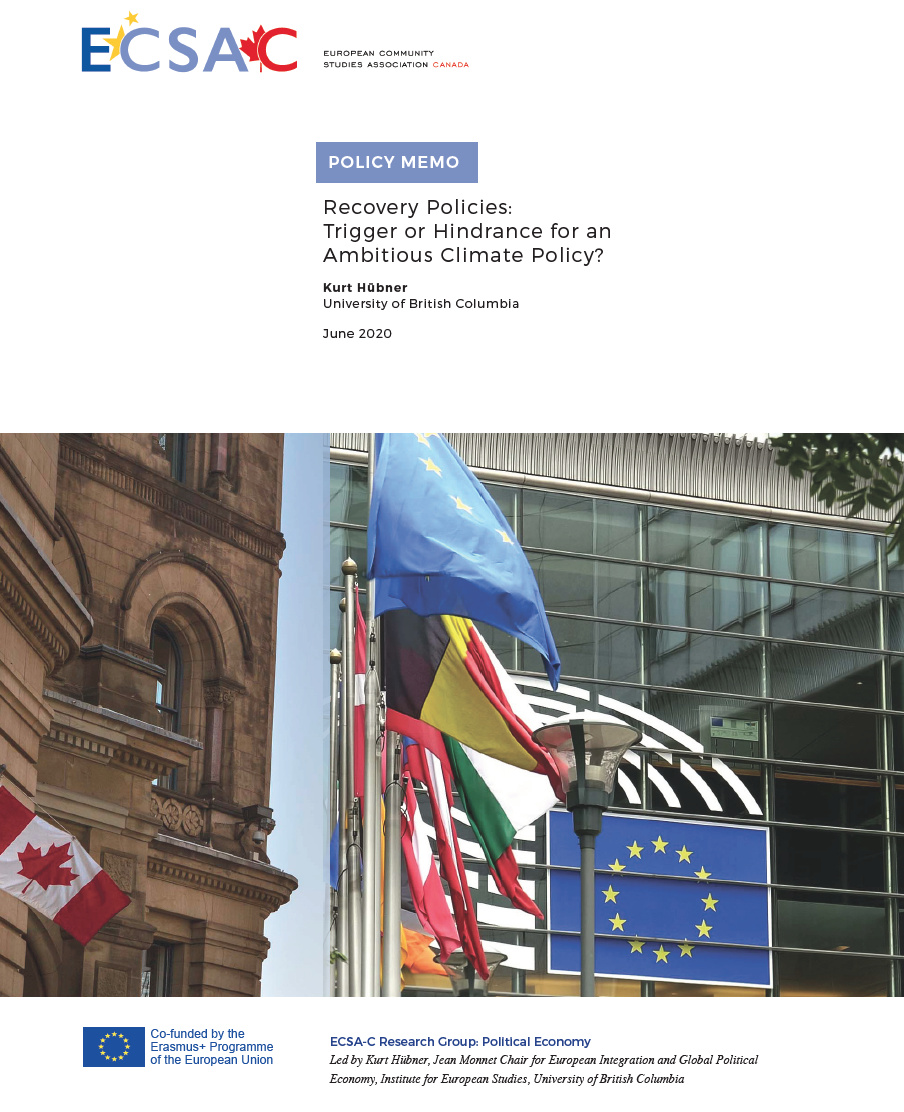