Relationship between academics and media 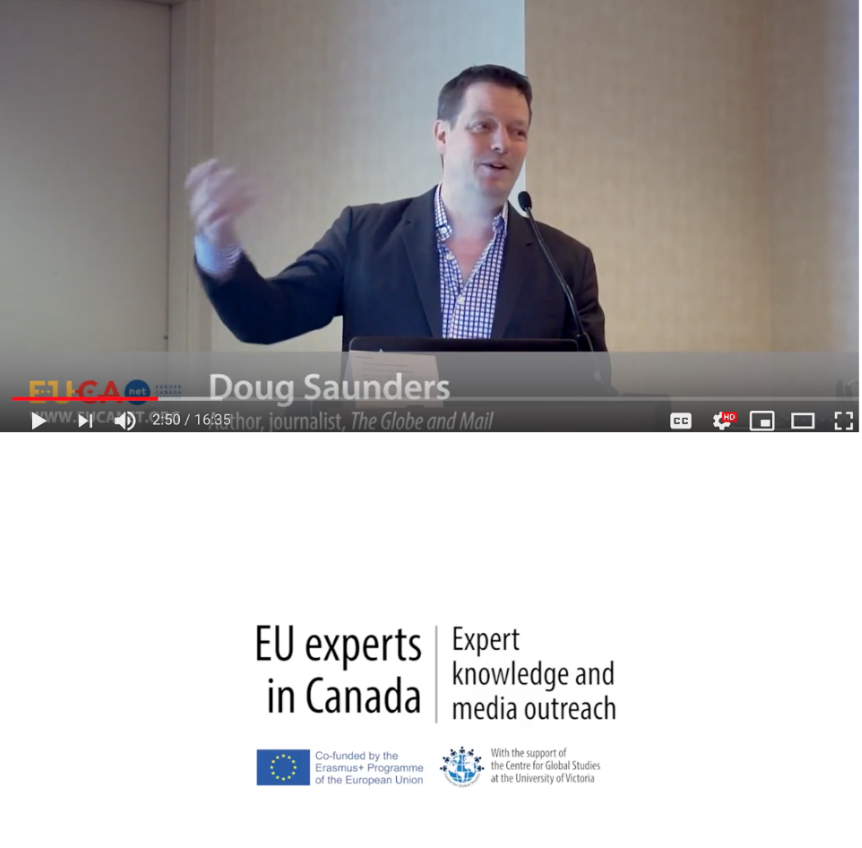 Doug Saunders, journalist, author, and columnist for The Globe and Mail gave a talk during the round table: Expert knowledge in the age of declining trust in the media in Toronto on May 10th.

Watch the video: Doug Saunders : Reflections on the collaboration between academics and journalists/editors

According to Doug Saunders in Canada the relationship between scholarly researchers and journalists is an imperfect one. Just a few academics are regularly consulted by and contribute to media. A lot of the most important, interesting and newsworthy work is regularly overlooked or underappreciated.

A way to address this issue is to develop pre-existing relationships between journalists and scholars. Encouraging scholars to write opinion pieces and essays is increasingly important in the shrinking landscape of print media in Canada. For instance, the Globe and Mail has restructured itself in a way to expand greatly its opinion section in the weekend edition. Now there is ample room to publish relevant and timely academic research.

Starting about five years ago, the Globe and Mail noticed that the rise of Twitter has increased the appetite for articles of 3000 to 5000 words. People use Twitter to circulate links to longer articles that are of interest to the public. Saunders argues that we are not in a situation where the readership is dumbing down or is always going for shorter and shorter bytes of information. Rather, we have seen the emergence of a multi-faceted market place of journalistic ideas and scholarly reflections.

One key element in this market place is rapidity. Saunders spends a lot of time looking for respected scholars who are able to write an intelligent short essay or opinion piece with about 700 words on the day that something happened. There are just a few people according to Saunders who can manage to write quickly (comment on interesting news with a 500-word piece in a couple hours and then also expanded later to a full 1000-word article). Saunders says that he would just know five or six people in political science. It seems that there are not too many scholars who want to be called upon regularly to write a piece in a few hours.

At the same time, Saunders suggests that there are certainly many experts whose work is of interest to news media and the wider public. Yet, often they do not know how to work with newspapers or journalists.

The goal should be to build up relationships between scholars and the media that are respectful and mutually beneficial rather than awkward and difficult. Building up relationships with editors does not mean: “go write an essay and send it in” but it means “send an email, find out who the relevant people are and say would you be interested in something on this”. From Sauder’s perspective, it is worth considering, when beginning a research initiative, to think about how one would like to reach the wider public. For instance, scholars should consider questions such as: Is this paper going to be of interest to the international affairs of the world section of a newspaper? Is it going to be something that will create news that might capture the attention of a wider public?

It may be worth allowing scholars to write about their research before the peer-review process is completed. One of the big problems is that often scholarly work speaks importantly to current events several months before it is actually published in a journal. Saunders also underlines that scholars often do not realize that insight that is widely shared in the academic community might be, if timed appropriately, of great interest to the general public.

In conclusion, it is important to build up relationships earlier in the game:

-  Making people aware of the research

A lot of the media have returned to solid and respectable scholarship as their sources of information at a moment when people in various parts of the political sphere around the world are challenging solid knowledge, are trying to rely on rhetoric and truth claims that lack empirical evidence. As a result, there is now a much greater appetite among editors and journalists for building better relationships with scholars who are engaged in systematic empirical research.