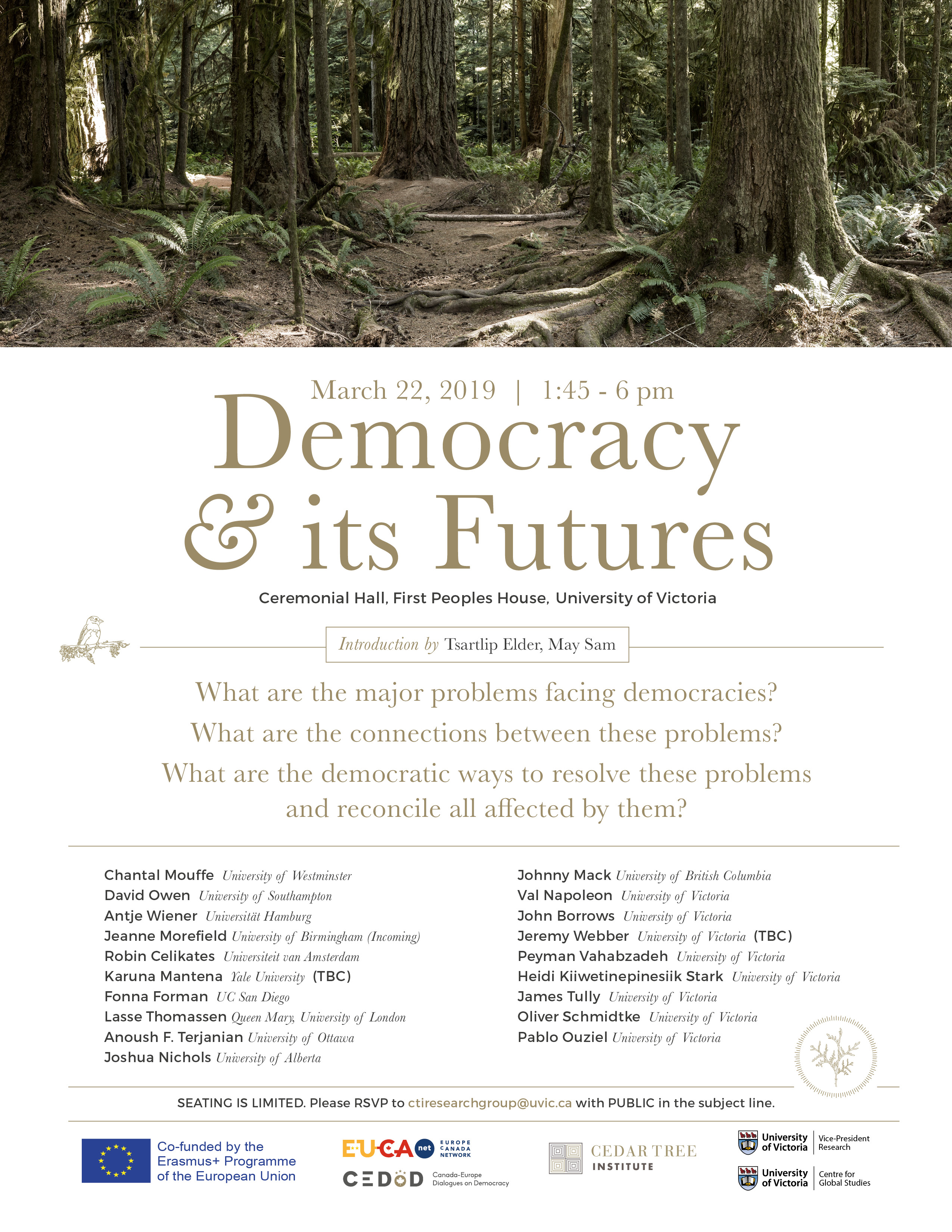 Scholars from Europe, Canada and the United States of America engage in a comparative and critical dialogue oriented to reciprocal elucidation, mutual understanding and democratic ways forward along the following questions:

The dialogue will take place over two days. Initially among the invited scholars, then with graduate students, and then with the wider public. We hope this will serve as an exemplar of how to address these problems democratically and non-violently. ‘Democracies’ include state-based representative government, Indigenous democracy, community- based democracy, democratic contestation, global democracy, and earth or Gaia democracy of all living beings.

Pablo Ouziel, CEDoD Project manager  This email address is being protected from spambots. You need JavaScript enabled to view it.

Co-funded by the Erasmus+ Programme of the European Union; Centre for Global Studies; Vice-President Research;