CEDoM invited scholars, policy makers and the wider public to participate in a dialogue on current issues in the wider field of borders and migration studies. During the events experts provided the audience with the newest responses on visions in the EU and in North America with a view on how to proceed in the future. 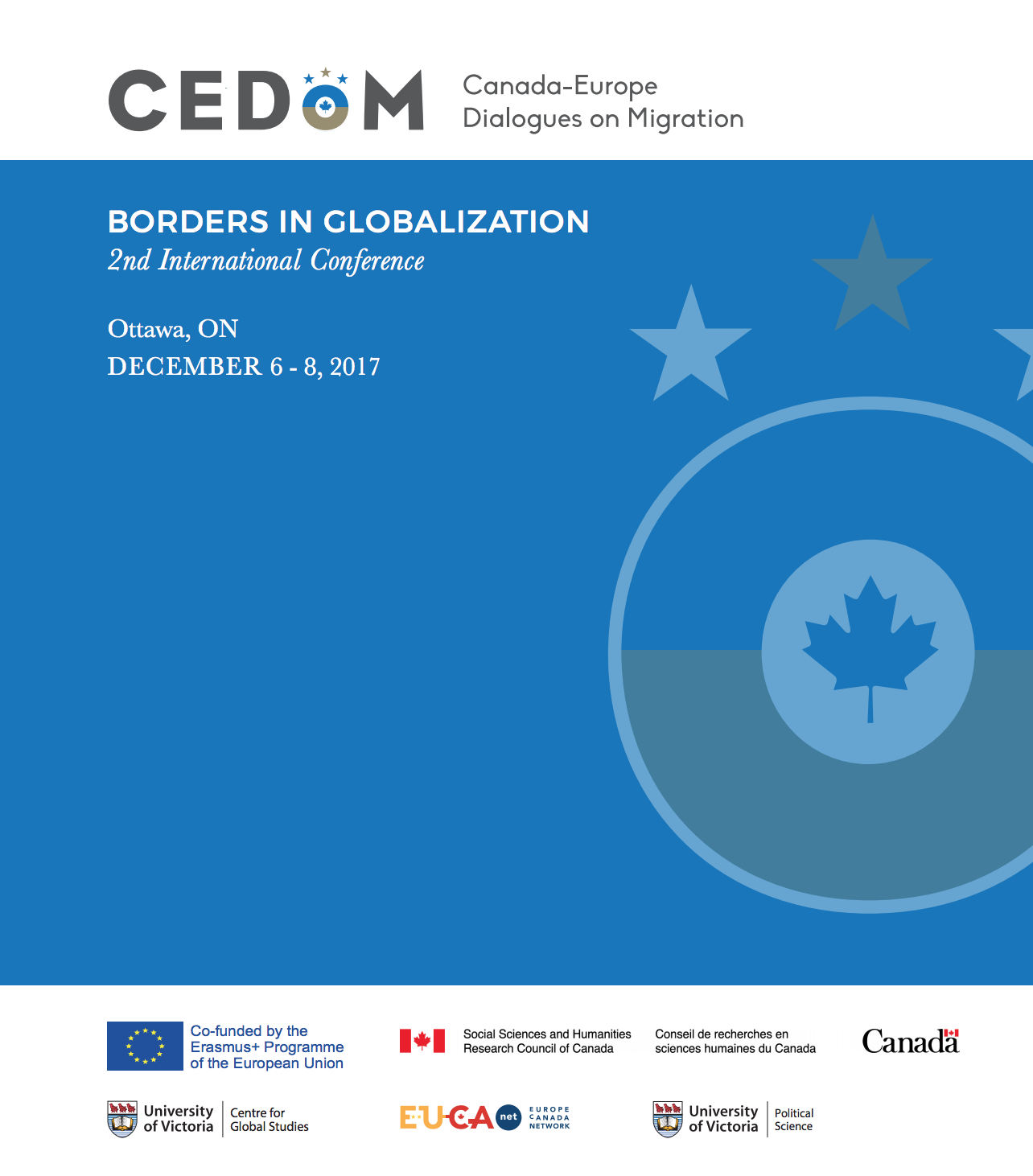 * Canada Europe Dialogue on Migration (CEDoM). This event addressed the recent irregular migration from the United States into Canada and the  Canadian public debate on migratory movements, Canada’s Safe Third Country agreement with the United States, approaches to refugees and refugee systems in both countries, and the extent to which Canada’s current approach, system, and legal framework are adequate. This comes at a time when Canada’s Prime Minister had already initiated an independent review of Canada’s Immigration and Refugee Board. This panel looked at available data to gauge patterns, trajectories, continuity, and change in irregular migration across the Canada-US border, offers perspectives by Canadian and US border practitioners, as well as a comparative European assessment of lessons from Germany’s recent experience.

*  Europe and North American Cross-Border Regions Comparison. Cross Border Regions (CBR), where institutionalized relations straddle international and state/provincial borders, exist both in Europe and North America: In the European Union, there are ‘Euregios’ or ‘border regions’ that group government like entities, whereas in North America there are examples such as the Pacific Northwest Economic Region (PNWER) that brings together public, private and non-profit organizations. Yet, today there is increasing evidence that borders are mobile; Amilhat Szary’s book Mobile Borders makes the case very convincingly, for instance. This panel asked what are mobile borders? And  discussed the history and the origin, and purpose of border regions, but also address the fundamental issue of their future in a mobile border world.

* Governance. Comparing / Contrasting EU-Canada Migration and Border Policy  This is a new research program, started in April 2017; our assumption is that borders and migration policies are changing fundamentally because States are developing a-territorial bordering policies / bordering movements at-source thousands of miles away from their national-boundary-line. In view of the current European migration situation, and in particular changes inside and at the periphery of the EU, we assume that the European Union border and migration policies bear considerable influence around the (policy) world. Comparing the European Union situation with both Japan and Canada’s, our work reviews comparatively and systematically the state of the border and migration policies in each region; reviewing each time facets of the border and migration policies affecting these regions. 12 Chair: Emmanuel Brunet-Jailly (University of Victoria) Discussants: Andrew Griffith (Former Director General, Immigration Department) Axel Kreienbrink (German Federal Office for Migration and Refugees)

Speakers: Oliver Schmidtke (University of Victoria), Governing the Canada-US border in light of irregular border crossings by refugees Ted Boyle (Kyushu University) Birte Wassenburg (Strasbourg University, remote participation), The consequences of the migration crisis for European Integration and Cross-border cooperation Can Mutlu (Acadia University), Constructing a “European” Refugee Crisis: Border Security, and Migration Management in the European Union, and Beyond Ben Muller (King’s College), Thanks for the memories: the global visa regime in the 21st century

Full program of the International Conference Borders in Globalization