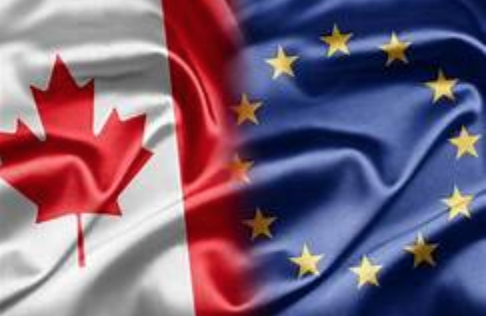 May 8th, 2017 - by Costanza Musu and Patrick LeBlond, University of Ottawa.

At a time when Canadian officials and policymakers are scrambling to make sense of the new U.S. administration’s rhetoric and actions on trade, immigration, and security, Ottawa cannot but view the EU as a relatively more stable and dependable partner. Moreover, EU leaders’ general support for open borders and the existing system of global governance is in line with the vision and priorities of Canadian Prime Minister Justin Trudeau’s government.

Canada and the EU have recently signed two important agreements. The first is the Comprehensive Economic and Trade Agreement (CETA), which should enter into force in summer 2017. The second is the Strategic Partnership Agreement (SPA), which sets the principles and objectives of Canadian-EU cooperation for the foreseeable future. A news release by the Office of the Canadian Prime Minister described the SPA in the following terms:

The SPA lays out a strategic direction for stronger future relations and collaboration between Canada, the EU, and its member states at both the bilateral and multilateral level. The SPA will improve cooperation in important areas such as energy, environment and climate change, migration and peaceful pluralism, counter-terrorism and international peace and security, and effective multilateralism.

Of these two agreements, CETA is the most important for Canada, because it will likely have the most direct impact on Canadians’ livelihoods. With CETA, Canadian firms will have mostly free access to the second-largest economy in the world after the United States. The accord should attract more investments from European firms into Canada and is expected to bring significant extra revenues for the Canadian economy. Already, the EU is Canada’s second-largest economic partner after the United States.

CETA is also important politically for Canada (and for the EU), because it is hoped that the deal will serve as a model for future bilateral and multilateral trade negotiations. Both Canada and the EU see CETA as the new defining standard for international trade and economic agreements.

CETA’s next challenge is implementation. When the agreement enters into force, businesses on both sides of the Atlantic will immediately be able to take advantage of the elimination of tariff lines on a large number of goods traded between Canada and the EU. However, a number of obstacles to trade and investment will remain, notably those related to standards, rules, regulations, and procedures. Removing them will require a high degree of cooperation not only between Canada and the EU but also among the various levels of government in each jurisdiction.

Ottawa remains committed to the international security order built after World War II and enshrined in NATO. Membership of the alliance and participation in its security and defense mechanisms are central components of Canada’s security and defense polices. At a time when Washington is sending mixed signals about its commitment to NATO, Canada and the EU share a common interest in upholding an alliance that has contributed to the maintenance of a relatively peaceful international order for almost seventy years.

A sign of Canada’s commitment to European security is Ottawa’s decision to send a total of 450 troops to be stationed in Latvia from June 2017 as a deterrent against Russian agitations in the region. Canada will lead a battalion of between 1,200 and 1,500 soldiers from Albania, Italy, Poland, Slovenia, and Spain as part of NATO’s enhanced forward presence in Central and Eastern Europe.

Canada and the EU have similar approaches to critical issues such as Ukraine, Syria, Iraq, and the fight against the self-proclaimed Islamic State. Thorough the SPA, Canada and the EU have an opportunity to reinforce judicial and law-enforcement cooperation aimed at fighting organized crime and corruption, terrorism, illicit drugs, and cybercrime.

Furthermore, Canada has regularly contributed to the EU’s Common Security and Defense Policy missions and operations and has actively participated in several of them, including the EU Police Mission (EUPOL) in Afghanistan and the EU Advisory Mission in Ukraine for civilian security sector reform.

Climate change is another file of crucial importance for Canada and the EU. Since his election in October 2015, Trudeau has emphasized the importance, for the Canadian government, of protecting the environment and combating climate change through both national and international initiatives.

With the administration of President Donald Trump faltering on the U.S. commitment to the Paris Agreement on climate change, Canada and the EU need to work closely together to provide leadership and ensure that the accord does not collapse. European Commissioner for Climate Action and Energy Miguel Arias Cañete visited Ottawa in early March to meet Canadian Environment and Climate Change Minister Catherine McKenna to do just that, and together they hosted a roundtable discussion with stakeholders to foster closer Canada-EU relations on the climate change file.

Canada and the EU share fundamental values: a commitment to democracy and the rule of law as well as a focus on the importance of human rights and social protection. Both partners have benefited from and thrived thanks to the international order set up after World War II, characterized by the creation of a number of multilateral institutions that regulate relations between states. Today more than ever, these shared values and interests should constitute the basis for stronger partnership and enhanced cooperation across the Atlantic.

Costanza Musu and Patrick Leblond are associate professors in the Graduate School of Public and International Affairs at the University of Ottawa.

(This article was originally published in Strategic Europe, with the permission of the authors)