By Mehdi Hashemi, Ph.D. Candidate, Department of Political Science at the University of Victoria

In the past few years, the international community has faced several conflicts resulting in record high 79.5 million individuals seeking humanitarian protection within or outside of their home countries. While some refugee populations have been constructed as a refugee ‘crisis,’ others have not received similar public attention and recognition. This policy memo is based on a study that explores the effects that the discursive construction of ‘refugee crises’ has on refugees that are linked to a ‘crisis’ and those who are not. Utilizing a combination of a review of related studies, a discourse analysis, and interviews with refugees, this study finds the following: First, refugees actively follow and respond to public discourses. Such discourses affect refugees’ decisions, such as choosing country of asylum or resettlement when possible, throughout their journeys. The other side of the same coin is that refugee ‘crisis’ constructions often negatively influence experiences refugees (whether linked to a ‘crisis’ or not) because it portrays them as a ‘burden,’ ‘problem,’ or ‘crisis.’ Such portrayals have negative effects on the mental wellbeing of refugees and add to the already extremely challenging circumstances that they face. Considering these findings, this policy memo puts forth
the following recommendation: Given the impact of policy discourses on refugee experiences, imposing a sense of being a ’burden,’ ‘problem,’ or ‘crisis’ through constructions of refugee ‘crisis’ adds to the challenges that refugees face throughout their journeys. Therefore, shifting away from such discourses to more humanitarian and internationalist discourses can considerably contribute to refugees’ mental and social well being. This shift will require the framing of refugees as capable individuals in extraordinary circumstances needing humanitarian assistance, instead of people causing a ‘problem’ or ‘crisis.’ This alternative way of framing refugees in public discourse can play a key role in empowering refugees and allowing them to have a faster and smoother integration in their host countries. 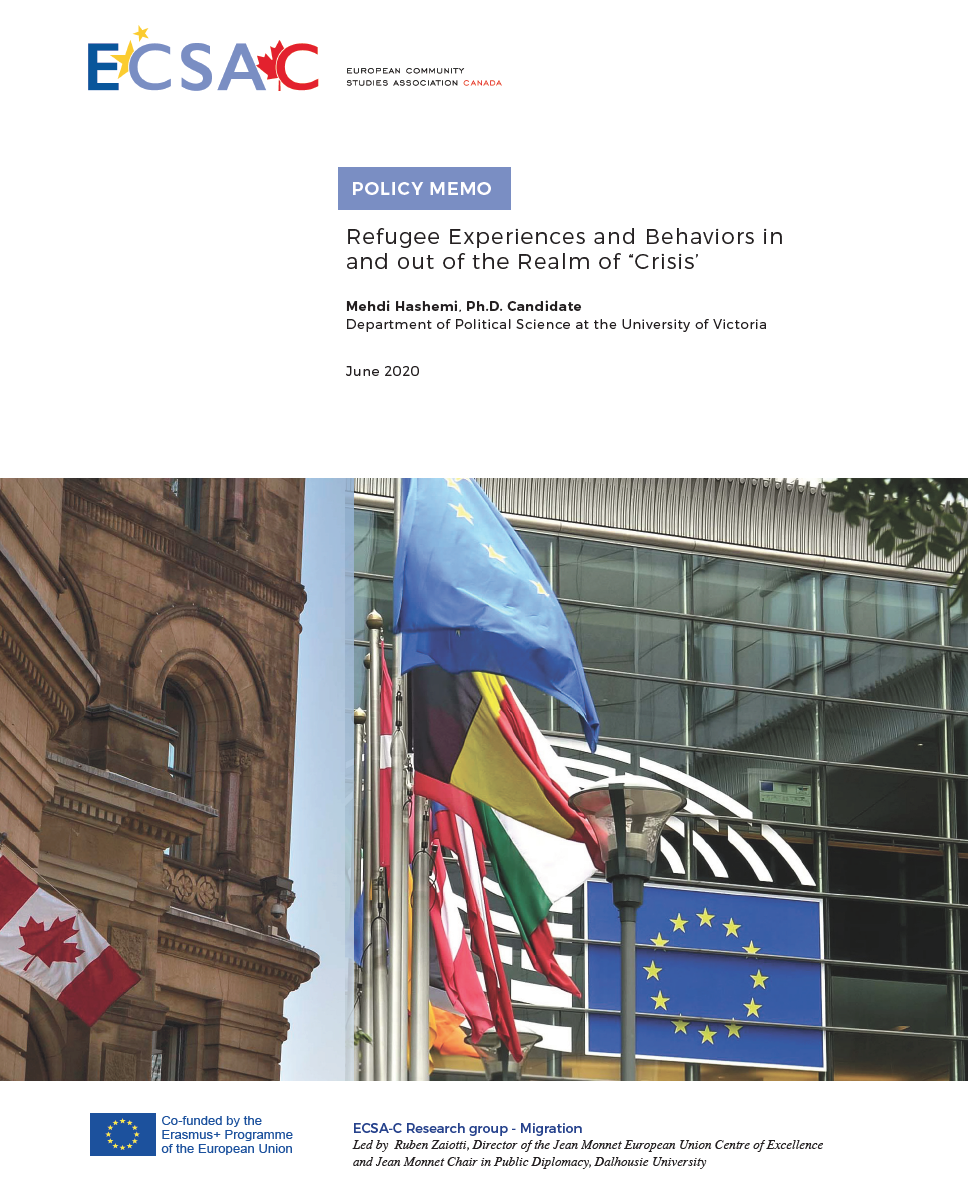