Kurt Hübner and Henrik Jacobsen, University of British Columbia
Frugal Four and the Fiscal Policy Regime of the EU. From austerity to mutual spending?
Executive Summary
Twelve years after the global financial crisis and ten years after the start of the eurozone crisis, governments around the world again are in crisis-fighting mode. Covid-19 led to various levels of economic lockdowns, eventually resulting in historical reductions of economic output as well as large jumps in unemployment numbers. The OECD (June 2020) stated that the ensuing recession would cause damages as no other recession in the last 100 years. The Spring 2020 Forecast of the European Commission suggested that 2020 will see the most severe EU-wide recession in recent history, which will further widen and deepen the gaps between member states. Governments and central banks, as well as international organizations, quickly started to mobilize enormous financial resources to inject liquidity into economies. This will not be the end of state action. What is needed are ambitious recovery programs, probably running over a couple of years - depending on the shape of economic recovery. Following a joint political initiative by France and Germany, the Commission of the EU quickly proposed a Recovery Plan that foresaw a volume of overall Euro 750 bn to move member economies on a sustainable growth path. Rather than following the design of rescue packages of the Eurozone crises, France and Germany suggested grant-based programs. These plans immediately met political resistance in some European capitals, which only could be overcome in lengthy negotiations that resulted in a scaled-down version of the initial plan. Why the political opposition in a situation of profound misery? How to interpret the policy changes of the Commission and countries like Germany? And, will the outcome of negotiations avoid a policy turn towards austerity in the next round? 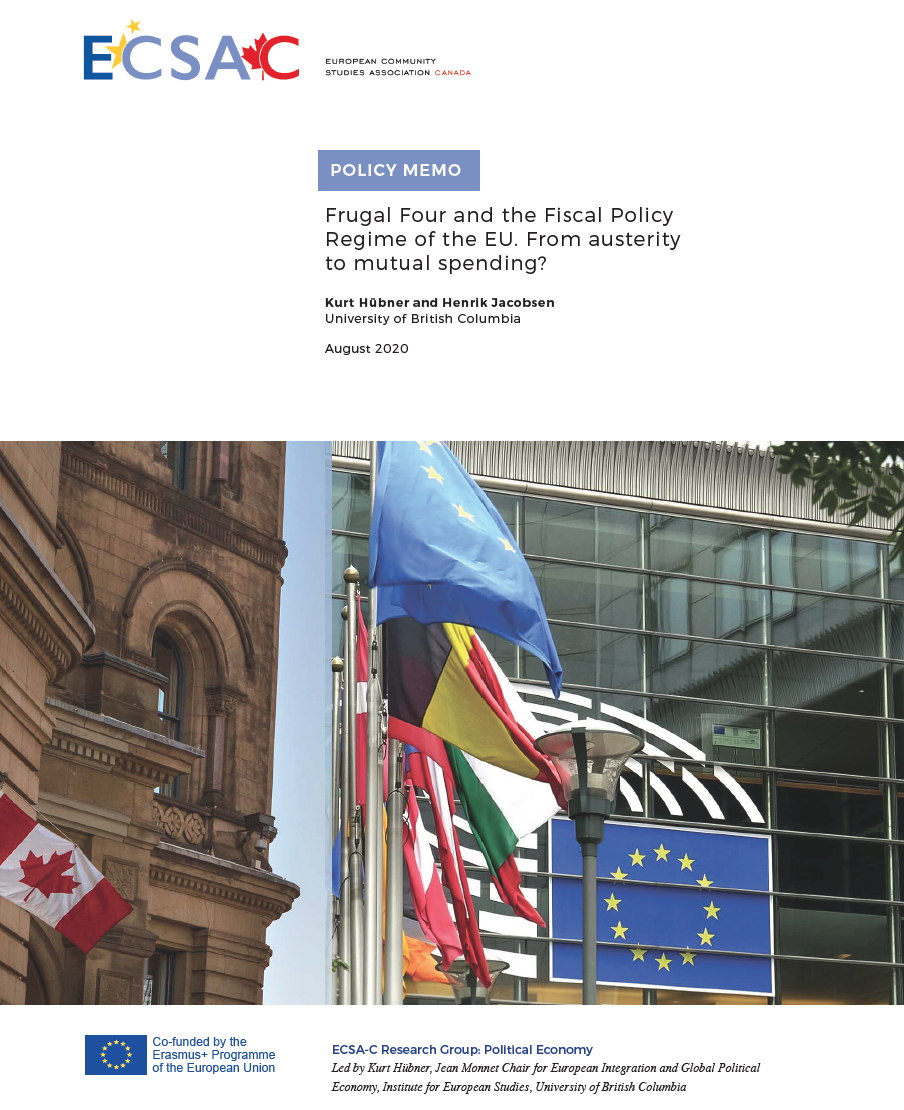