Executive Summary
European integration led to the suppression of internal border controls and the adoption of common external borders. Designed as a compensatory measure to free movement, the common short-stay visa policy, also known as Schengen visa policy, is a tool to prevent unwanted migration to Europe. Although the Schengen framework is supposedly uniform, Schengen visa policy is characterized by many ambiguities and disparities, making it extremely difficult to apprehend for third-country nationals. The COVID-19 pandemic swept the routine of travel restrictions to Europe. Since March 2020, almost all non-EU citizens are subject to international travel bans. The dilemma between openness and control has rarely been so salient. However, I argue in this memo that EU external border control in times of COVID-19 reproduces the same inconsistencies of Schengen visa policy: EU management of travel restrictions lacks from transparency and enforcement. I prescribe four recommendations to redefine a more cohesive Schengen visa policy and to build a more clarified and more unified external border management framework. 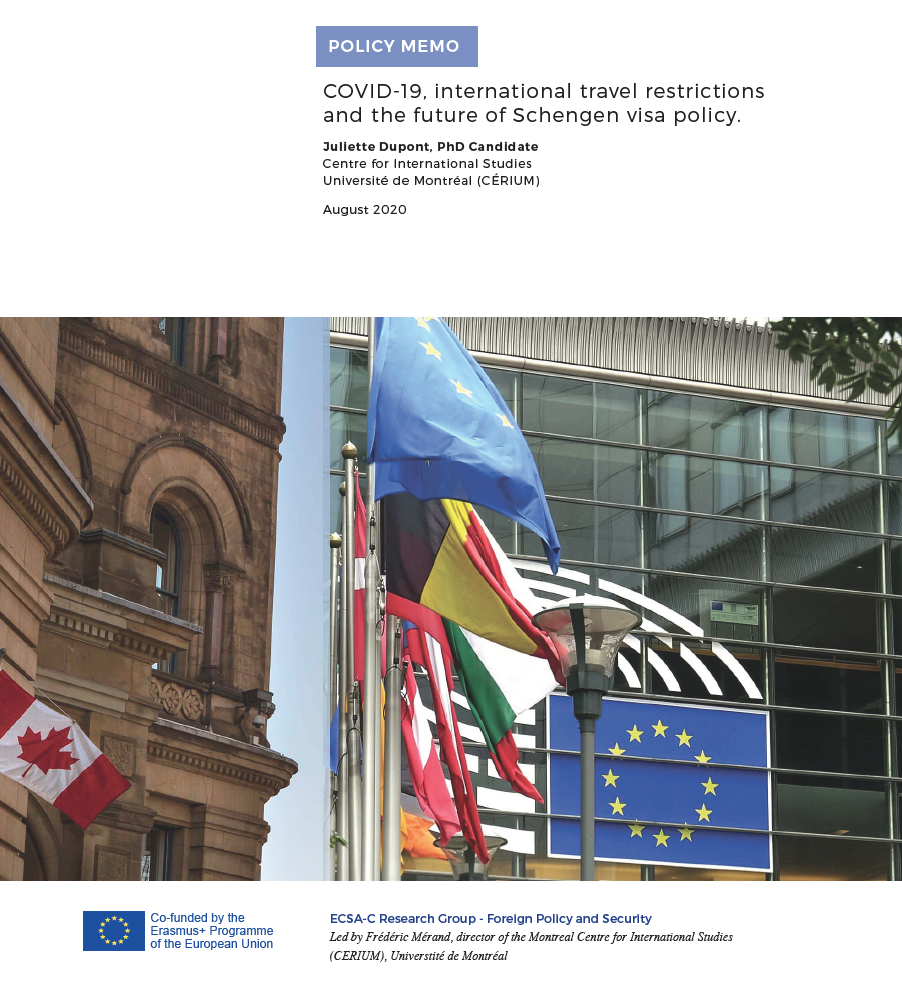