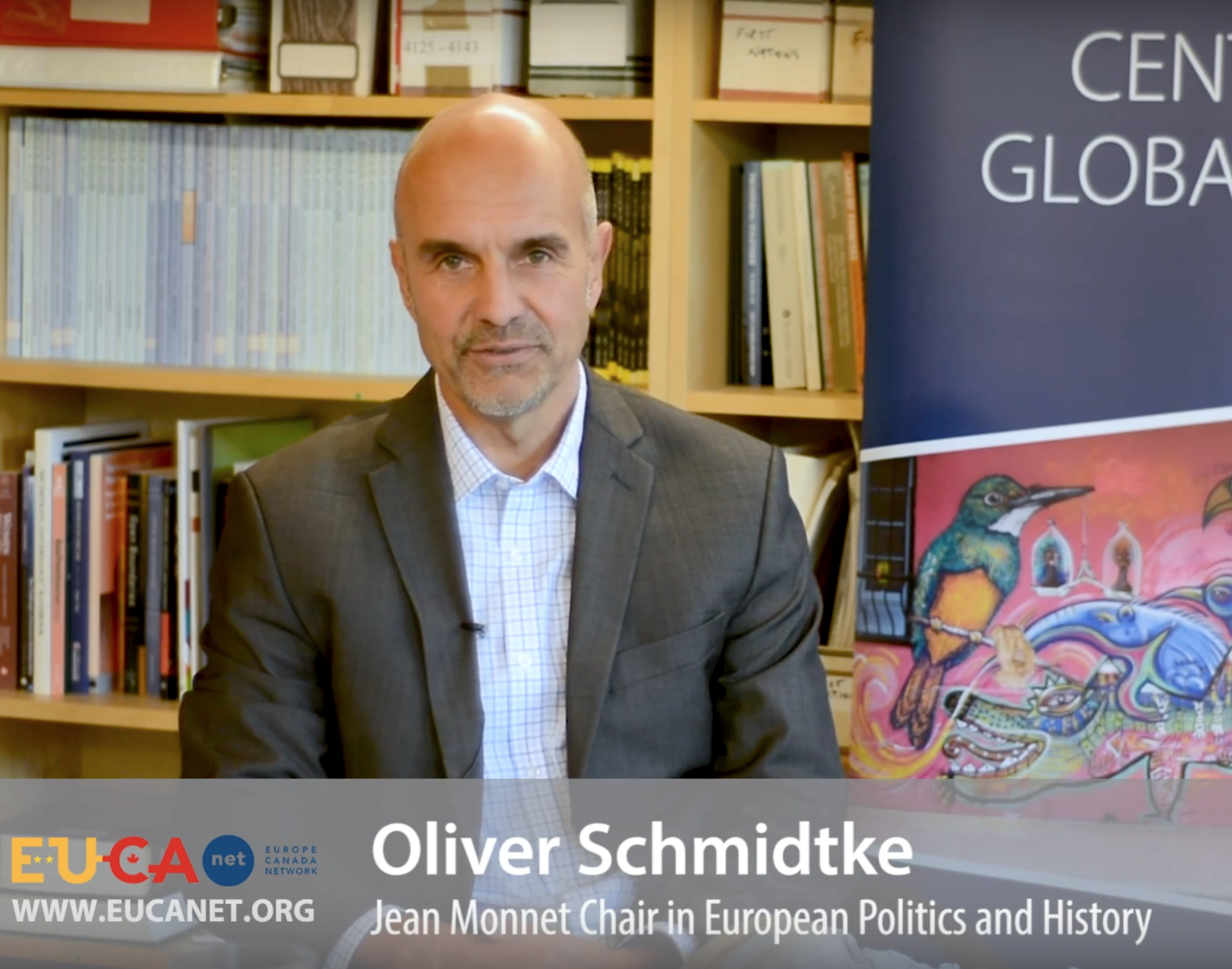 Dr. Oliver Schmidtke, University of Victoria, reflects on how his research has centrally touched on the transformation of political community in the 21st Century. For Dr. Schmidtke, the process of European integration is a historically unprecedented attempt to create a political community and its underlying sense of a shared collective identity at the supra-national level. At the same time, this move away from defining community solely in terms of the boundaries of the nation-state (also Prime Minister Trudeau has defined Canada as the first ‘post-national community’) raises the question of how these European societies deal with issues of migration and diversity. It is this dimension of Dr. Schmidtke’s research that makes a transatlantic comparison particularly fruitful: With its legacy of sustained levels of immigration and its multicultural policy of governing diversity, Canada provides important lessons for how Europe governs its increasingly culturally diverse population. These issues take on new significance in the current climate of a resurgent nativist ideology and the success of nationalist-populist, anti-immigrant actors in many liberal democracies.