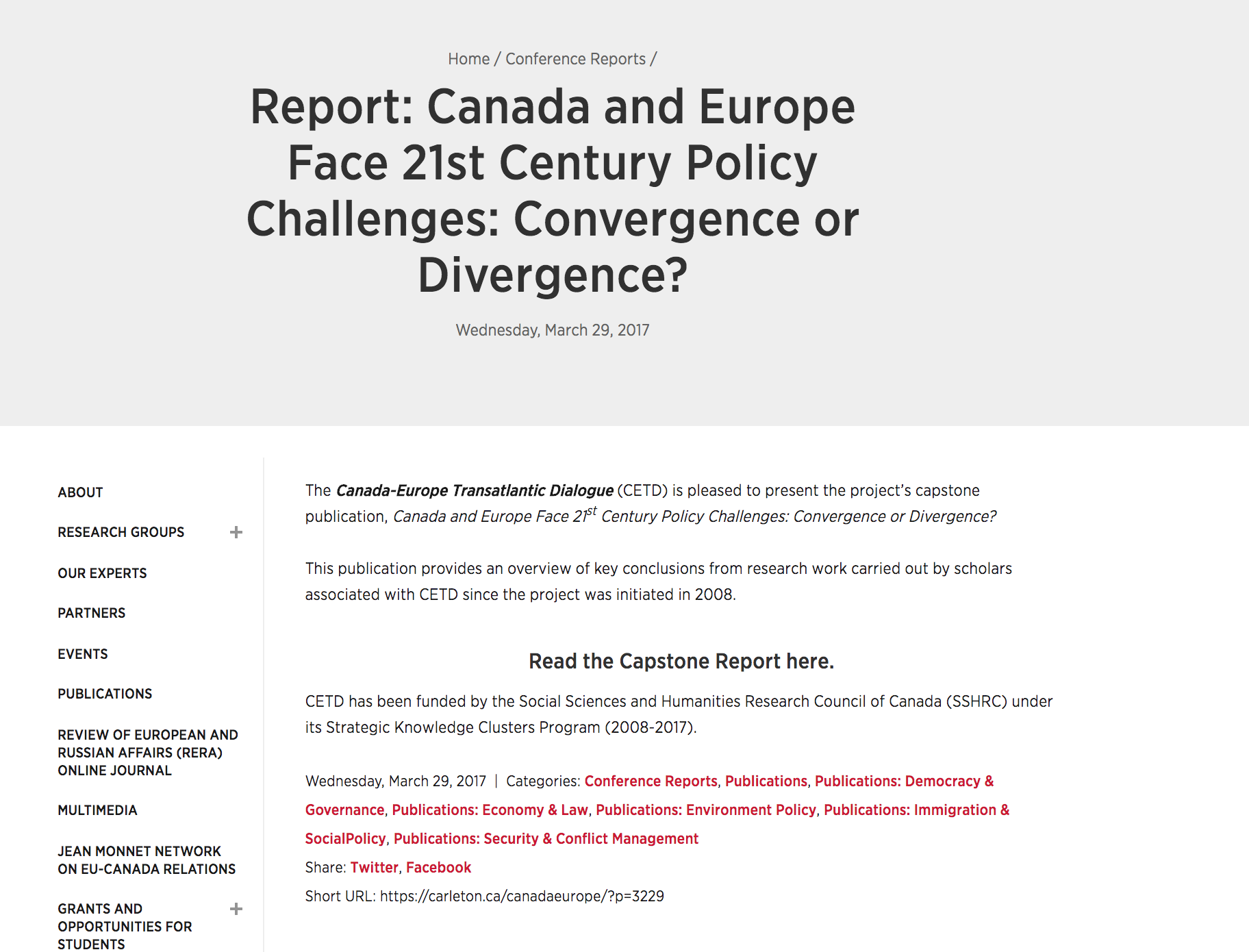 A complex set of adverse developments has tested the ability of governments in Europe and North America to maintain the peace, stability and standard of living to which the populations of the two regions are accustomed. This state of affairs has fostered uncertainty and anxiety, but it has also provided opportunities for greater cooperation to manage common problems. Although not exempt from periodic misunderstandings and disagreements, cooperation between the two sides of the Atlantic can be expected to expand and become more sophisticated. Deepening its scope and maintaining the political momentum behind it are nonetheless necessary conditions for this partnership to maintain its relevance in the future.

The EU and Canada: the common challenges

In the last decade the EU and Canada have experienced important common foreign policy challenges. The most important are the destabilizing effects of a resurgent Russia and ongoing turmoil in the Middle East and sub-Saharan Africa, along with the spread of terrorism. Turmoil in the neighbourhood—especially in Eastern Europe and the Middle East—has challenged the EU’s policy of expanding the European model of peace and stability beyond its borders. This instability is also spilling over the heart of the continent, as evidenced by the phenomenon of European jihadists returning to the Old continent to commit terrorist acts.

A resurgent Russia and its destabilizing effects on Eastern Europe

While the post-Cold War decade was portrayed as a honeymoon, strong tensions between the West and Russia appeared from 1990 onwards. Russia joined the coalition against terrorism and accepted the creation of a NATO-Russia Council after September 11, 2001, but the war in Kosovo (1999), NATO enlargement to former Soviet satellites (1999-2004), the US project of ballistic missile defense (2007-2009), the 2008 Georgian conflict, the 2009 energy crisis and, more recently, Russia’s annexation of Crimea and the subsequent civil war in eastern Ukraine have dealt a blow to hopes for a constructive future. In recent years, Russia has vigorously denounced what it sees as Western interference, withdrawn from the Conventional Forces in Europe Treaty that was the basis of the post-Cold War order, and announced an ambitious rearmament plan. In response, NATO has deployed command centres and heavy weapons in countries near the Russian border: Poland, Bulgaria, Romania, and Baltic states. ...Read more