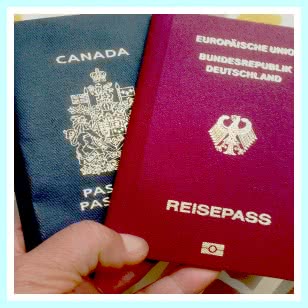 The German Government opted for a substantial changes to its citizenship law. On 3 July 2014 the German Bundestag voted in favour of the abrogation of the Optionspflicht, which forced children of foreign parents, who were born on German soil to decide on one citizenship at the age of 23. Since then, the majority of the people who were affected by this regulation are able to hold dual citizenship indefinitely. This progressive reform of Germany citizenship law gains its specific meaning from that country's tormented history of ethnic nationhood and blood-based citizenship. This change in Germany's citizenship regulations is also striking at a time where many countries in the Western world are implementing more restrictive immigration and citizenship policies.

Even Canada is part of this restrictive trend. It has amended its Citizenship Act twice within the past seven years. Most recently, on 19 June 2014, a new citizenship act received royal assent. Arguably, the Strengthening Canadian Citizenship Act makes it harder to get citizenship and easier to lose. It is particularly harsh for dual nationals, whose Canadian citizenship can be revoked if they are found to be guilty of crimes such as terrorism, high treason, spying offences or taking up arms against Canada. In this sense, the two countries currently seem to be on diametrically opposite paths regarding their citizenship rules. Is Germany's citizenship law becoming more open, while Canada's is becoming more restrictive?