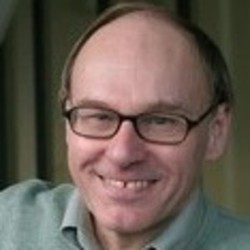 Grant Amyot is a Professor in the Department of Political Studies at Queens University. He wrote his Ph.D. thesis on the Italian Communist Party, for which he undertook research in the field and at the Gramsci Institute in Rome. At Queen’s, he teaches primarily on comparative politics, European politics, and the EU. He has also taught in political thought and the philosophy and methodology of social science, and has co-taught an Italian literature course. Professor Amyot has served as co-editor of  Queen’s Quarterly  and as a member of the editorial board and executive committee of Studies in Political Economy.
In his recent work, the principal theoretical framework has been provided by political economy and state theory, though he has also drawn on neo-institutional, cultural, and ideological perspectives. Even when focusing on Italian politics, he has striven to introduce the international and European dimensions into these approaches.