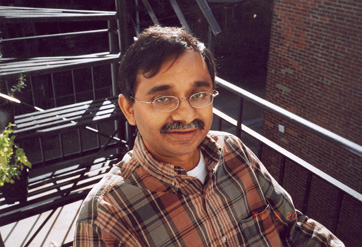 Narendra Subramanian is a Professor of Political Science at McGill University. He studies the politics of nationalism, ethnicity, religion, gender, caste, and race in a comparative perspective, focusing primarily on India. Subramanian’s first book (Ethnicity and Populist Mobilization: Political Parties, Citizens and Democracy in South India, Oxford University Press, 1999) examined why the mobilization of intermediate and lower status groups through discourses of language and caste by the Dravidian parties reinforced democracy and tolerance in Tamil Nadu, South India. A revised second edition is being prepared for publication under the new title, Heretics, Heroes, and Citizens: Ethnicity and Populism in Tamil Nadu, South India. His second book (Nation and Family: Personal Law, Cultural Pluralism, and Gendered Citizenship in India, Stanford University Press, 2014) traced the course of the personal laws that govern family life among India’s major religious groups, in comparison with experiences in other countries with laws specific to religious group, sect, or ethnic group. He is currently engaged in a project comparing the effects of political rights on the socio-economic status of two historically bonded groups, titled From Bondage to Citizenship: The Enfranchisement and Advancement of Dalits and African Americans. Subramanian got his B.A. in Public and International Affairs from Princeton University, and his M.A. and Ph.D. in Political Science from the Massachusetts Institute of Technology.