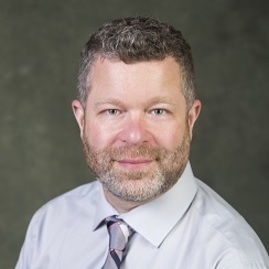 Scott Watson is an Associate Professor and Chair at the Department of Political Science at the University of Victoria . His research interests include the construction of security threats and conditions of ‘national’ insecurity, particularly in the realm of migration; as well as the role various actors play in these processes.

Scott Watson is the author of The Securitisation of Humanitarian Migration (Routledge, 2009).  “This book examines how western liberal states are progressively restricting access to refugees and asylum seekers, even though these states have signed international agreements obliging them to offer protection to those fleeing persecution and to advocate the spread of human rights and humanitarian principles. Watson examines how refugees and asylum seekers have come to be treated so poorly by these states through the use of policies such as visa requirements, mandatory detention and prevention/return policies. Providing extensive documentary analysis of debates on restrictive refugee policies in Canada and Australia, the author addresses the relationship between security and migration, an issue of increased importance in the aftermath of 9/11 and the war on terror. He then examines hotly-contested policies such as detention and the forceful return of asylum seekers to demonstrate how attempts to securitise these issues have been resisted in the media and by political opposition. Given the importance of providing refuge for persecuted populations, not only to ensure the survival of targeted individuals, but also to maintain international peace and security, the erosion of protective measures is of great importance today. The book will be of interest to students and scholars of international security, international relations, migration and human rights”.