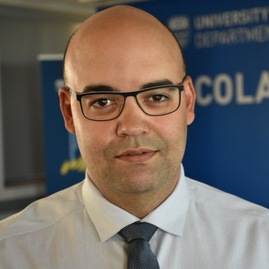 Jared Wesley is a pracademic – a practicing political scientist and former bureaucrat — whose career path to an Associate Professor role in the Department of Political Science at the University of Alberta has included senior management positions in the Government of Alberta. He is also Associate Chair (Graduate), Faculty of Arts for the Political Science Department at University of Alberta.

He studies the intersection of political culture and public policy, with a special focus on conservatism and populism. He is leading a team of researchers seeking Common Ground in Western Canada and the Western United States (commongroundpolitics.ca). Follow him on Twitter (@ipracademic).