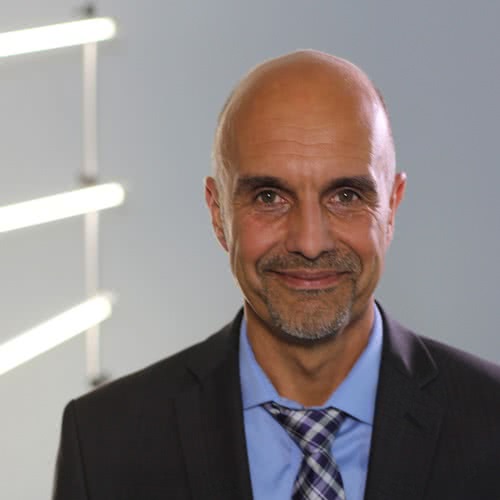 Oliver Schmidtke
Leader of the EUCAnet project, University of Victoria
This email address is being protected from spambots. You need JavaScript enabled to view it.

Oliver Schmidtke is the director for the Center for Global Studies and Professor in the Departments of History and Political Science. He holds the Jean Monnet Chair in European Studies. Dr. Schmidtke is the former Director of the European Studies Program (2005-2008) and President of the ECSA-C (European Community Studies Association-Canada 2004-2006). 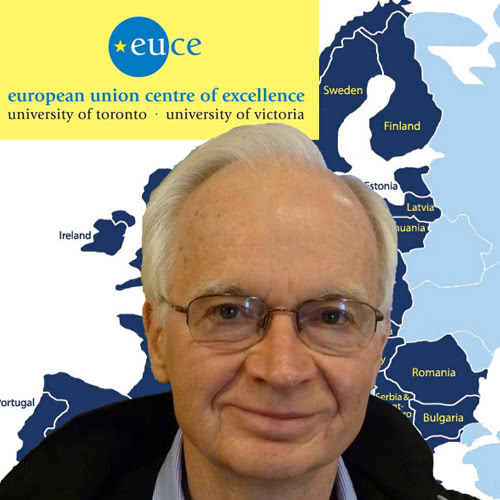 Derek Fraser
Advisor, University of Victoria
This email address is being protected from spambots. You need JavaScript enabled to view it.

Derek Fraser served as Ambassador at the Canadian Embassy in Ukraine from 1998 to 2001, in Greece from 1995 to 1998, and in Hungary from 1988 to 1993. He has also worked at Canadian missions in Vietnam, Germany, Russia and Belgium. At headquarters, he was variously Acting Director General, Cultural Affairs and Higher Education Bureau, Director at different times of the East and West European Divisions, and Deputy Director of Latin American Division.

Mr. Fraser also acted as a legal adviser, and analyst in many other capacities after joining the Department of External Affairs in 1963. In addition, after the election of the Parti Quebecois in 1976, he was temporarily assigned to the Federal-Provincial Relations Bureau of the Privy Council Office to work on the implications of the victory for Canadian federalism. 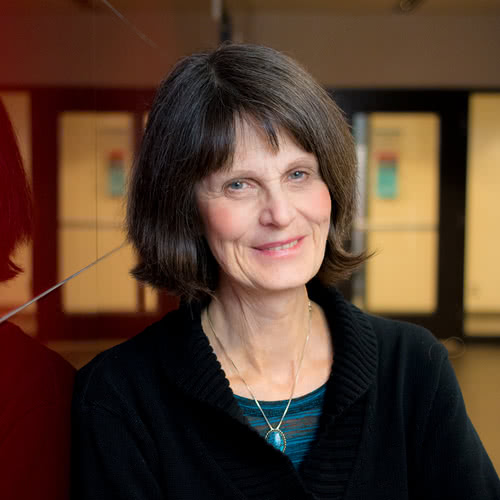 Joan DeBardeleben
Director of the Strategic Knowledge Cluster, Carleton University
This email address is being protected from spambots. You need JavaScript enabled to view it.

Joan DeBardeleben was the Director of the Strategic Knowledge Cluster Canada-Europe Transatlantic Dialogue: Seeking transnational solutions to 21st century problems (2008-2016). She is the Director of the Centre for European Studies and Co-Director of the East-West Project, which houses research on Russian social, economic, and political developments. Dr. DeBardeleben received her PhD from the University of Wisconsin-Madison. She is the author of several books and articles dealing with Russian politics, public opinion, elections, and labour relations and privatization. She also maintains a research interest in environmental issues and policies in the post-communist world.

Her current work relates to public opinion, democratization, and federalism in Russia, as well as EU-Russian relations. In recent years she has also turned her attention to the European Union and its relations with its eastern neighbours. 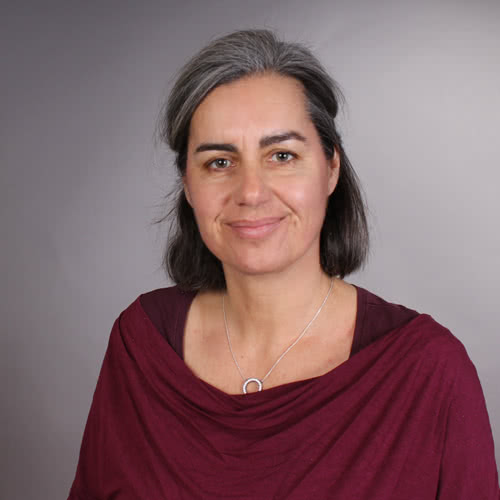 Beate Schmidtke
EUCAnet Development and Management, University of Victoria
This email address is being protected from spambots. You need JavaScript enabled to view it. 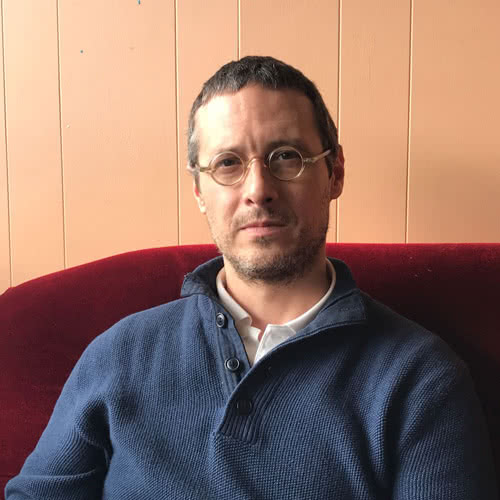 Pablo Ouziel
Academic Liaison, University of Victoria
This email address is being protected from spambots. You need JavaScript enabled to view it.

Pablo Ouziel has extensive experience in branding, investor relations and corporate communications in Europe, America and Asia. He holds a PhD in Political Science from the University of Victoria and is currently a James Tully Post-Doctoral Fellow, and Visiting Postdoctoral Scholar at the Center for Global Studies (CFGS), University of Victoria. He is currently Academic Liaison for EUCAnet.

Pablo is also working in the Borders in Globalization (BIG) project funded by SSHRC and Erasmus+ Jean Monnet Programme. He is a member of the International Study Group On New Forms Of Public Agency, at the École des hautes études en sciences sociales (EHESS), and is on the editorial board of IC Revista Científica de Información y comunicación. 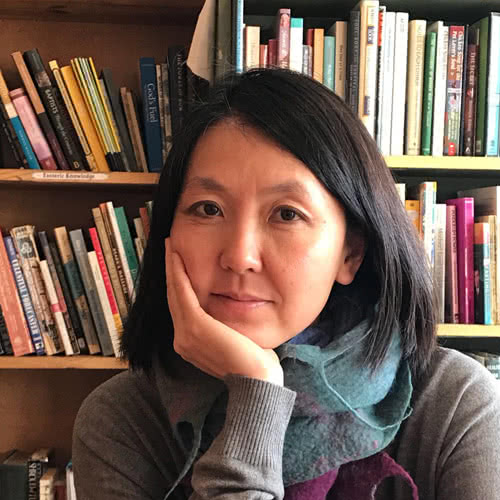 Karen Yen
Design Advisor
This email address is being protected from spambots. You need JavaScript enabled to view it.

Karen Yen is a freelance graphic designer with 20 years of experience that started in San Francisco, continuing on in New York and Barcelona, and now in Victoria.

She has had the experience of working on a variety of projects, ranging from nationwide retailers to small businesses, academic research and alternative projects. She has created logos, stationery, printed material as well packaging and websites. Karen has a BA in Communications from Simon Fraser University in Canada and a BFA in Graphic Design from the Academy of Art College in San Francisco, US. She is also a practicing artist whose medium of expression is painting and drawing.

Feline Griesel
Volunteer Intern for Youth Connections (2019-2020)
BA Student, Maastricht University
Feline is a second-year student of the European studies Bachelor Program at Maastricht University (The Netherlands). During her Bachelor, she focuses on international relations of the European Union. Next to her studies, Feline is part of the Refugee Project Maastricht. Together with a group of students, she organizes events which connect locals and refugees.
Uluhan Sahin Intern (Winter 2019)
MA Student, Universities of Applied Sciences Kehl/Ludwigsburg

Uluhan holds a B.Sc. in technically oriented Business Administration (2016) from the University of Stuttgart (Germany).
He is pursuing a master´s degree in European Public Administration at the Universities of Applied Sciences Kehl/Ludwigsburg.
His major fields of interest are the economic and administrative aspects of the European Union, intercultural communication
as well as cross-border-cooperation.
Mareen Franck Intern (Winter 2018)
MA Student, Universities of Applied Sciences Ludwigsburg/Kehl (Germany)

Mareen holds a BA in Political Sciences and Sociology (2017) from the University of Stuttgart (Germany). She is pursuing a master's degree in European Public Administration at the Universities of Applied Sciences Ludwigsburg/Kehl (Germany). Her major fields of interest are cultural and administrative aspects of the European Union as well as cross border cooperation.

Claire Cambier
Volunteer Intern (Summer 2016)
MA student, La Sorbonne University, France
During her internship Claire was pursuing a Master’s Degree in European Affairs at La Sorbonne, Paris. Previously, Claire graduated with a Bachelor of law and economic studies during her Erasmus year in Hungary, at the Budapest Business School. She also holds her diploma in Media studies from Le Havre University. In her research Claire focused on EU-Canada relationship, especially in areas of social policy and diplomacy. In addition, her research interests included to questions of social inclusion in the EU, particularly for disabilities issues.Ivan Watson
Internship (2015 - 2016)
MA Student, University of Victoria

Ivan was pursuing a Master’s degree in History at the University of Victoria (UVic) when he joined the EUCAnet team. Previously, he completed a Bachelor’s degree in Political Science specialising in Canadian politics and International Relations, also at UVic. A long-time leadership volunteer and former national board director with United Way Centraide Canada, his research interests included the evolution of Canada’s not-for-profit and charitable sector and the history of the United Way movement in anticipation of its centennial in 2017. Ivan also holds certificates of Public Relations and E-Business and Online Marketing from the University of Toronto

Timothy Palmer, a graduate student in the CSPT programme through the Department of Political Science, focused in his research on political theory, critical theory, European integration and nationalism, and insurgency/counterinsurgency/terrorism. As an undergraduate, Timothy completed his Honours dissertation, Counterinsurgency in Theory and Practice: Harm, Cognitive Dissonance, and Dissociative Amnesia, under the supervision of Dr. Michael McKinley at The Australian National University in Canberra.Upon completion of his Masters in CSPT.

Verena Pfleiderer completed her MA in European Public Administration/ European Studies at the University of Applied Sciences in Ludwigsburg/ Kehl (Germany) in August 2013. Her graduate program included a 6-month internship abroad and working with the EUCAnet project at the Department of Political Sciences at the University of Victoria in 2012-2014.

She holds a BA in Public Administration (2011) from the University of Applied Sciences in Ludwigsburg, where she also worked as an assistant in the International Office organizing student exchanges and planning a two weeks international workshop on E-Government with six participating countries from all across Europe (Belgium, the Netherlands, Slovakia, Hungary, Bulgaria and Germany).Verena is interested in issues such as multi-level governance and international affairs as well as cross-cultural and administrative aspects of the European Union.

Tatiana Shaban areas of study are: democratic institutionalization, political liberalization, and Eastern Partnership policy. Her project "Good Governance in Eastern Partnership Policy: Institutional Challenges in Central and Eastern Europe" examines institution-building programs of the Eastern Partnership policy and how those institutional policies, which worked for accession countries, may well work for the Eastern Partnership countries. Before coming to UVic she completed her MA in International Relations and Politics at Nottingham University, UK in July 2006. She also holds Diploma in History and English Language from Minsk State Pedagogical University in Belarus. She was the Generation Europe (Brussels) representative and worked on European projects for high school and university students in Belarus (http://www.generation-europe.eu/about/ambassadors.html).

Anastasia Chebakova persued a PhD in Political Science at the University of Victoria when she collaborated on the EUCAnet project. She completed her MA together with a Graduate Diploma in European and Russian Studies from Carleton University in Canada (2009). She also holds a BA in International Relations from Russia (2005), Certificates of Completion of several distance learning courses from Stanford University, USA (2006) and has professional experience as a leading project manager (non-governmental sector, Russia, 2006) and a research analyst ("Universalia Management Group," Canada, 2008). She was the President of the Young Researchers Network (YRN) of the European Community Studies Association in Canada (ECSA-C) and a co-creator of a YRN in Sweden. Her research interests include EU-Russia relations, theoretical concepts of the EU as a global actor, European Foreign and Security Policy and EU relations with its Eastern Neighbours.

Marta Giménez (LL.M. Candidate, University of Victoria, Canada, LL.B., University of Barcelona, Spain, 2003) was a member of the interdisciplinary program "Law and Society" at the University of Victoria Faculty of Law. Her thesis project focused on environmental regulation and policy and the European Union (EU) legislation and policy-making, with a focus on water management. Her topic is the implementation of the EU Water Framework Directive in France and Spain (Directive 2000/60/EC). She is interested in the fields of EU law and policy, EU environmental law and policy (in particular, water policy), policy implementation, institutionalism, and governance.

Timothy Scolnick completed the Bachelors degree in 2008 from the University of Victoria (UVic). During his internship Timothy was a M.A. student at UVic studying the development of Chinese foreign policy relating to climate change and the influence Europe is having upon it. Pertaining to Europe, he was very interested in many issue areas including enlargement, immigration, integration and most importantly policies relating to environmental protection, security and climate change.