Turkey currently hosts over 3,8 million displaced Syrians, while acting as a gatekeeper and a regulator of mass migration to European countries. The vast majority of the Syrians are not officially recognized as refugees but have a “temporary protection status”, which gives them certain rights with regard to access to education, healthcare and work. Beside the policy initiatives put in place by the AKP-led government to manage the refugees’ access to services, the European Union supports the refugees and host communities with funds envisaged by the EU-Turkey Statement. Many experts concur that the majority of Syrians are likely to stay permanently in Turkey, thus the importance and the necessity of their integration into the host society.

Yet, the refugees still face serious problems of social and economic instability. In the areas where the refugee population is high, the capacity of service providers is stretched and there is social tension. The tension between host society and refugees is confirmed by recent episodes of racist attacks and surveys on public perception of Syrian refugees. In this respect, media representations and the policy makers’ public discourses on the refugees appear to be crucial, as they directly influence public perception. Indeed, Turkish media continues to alternatively or jointly frame Syrians as “needy people”, “a threat” or “a burden”, often reproducing the exclusionary discourses of policy makers from different political visions, who tend to instrumentalise the refugees for domestic and international political purposes.

In light of these considerations this policy memo puts forward the following recommendations: First, the social and economic integration of the refugees should be supported by an inclusive and pluralist narrative. While inducing political representatives to adopt a different narrative could be difficult, media editors and journalists could be trained to provide a more balanced reporting based on fact-checking. Second, the EU should consider engaging in a structural and long-term financial and technical support for a better inclusion of refugees in the host society. This support should also be directed to NGOs attempting to create an alternative narrative on refugees. Third, local media should be incentivized to give a more thorough account of the life conditions and status of Syrian population, while addressing the concerns of both refugees and host communities. 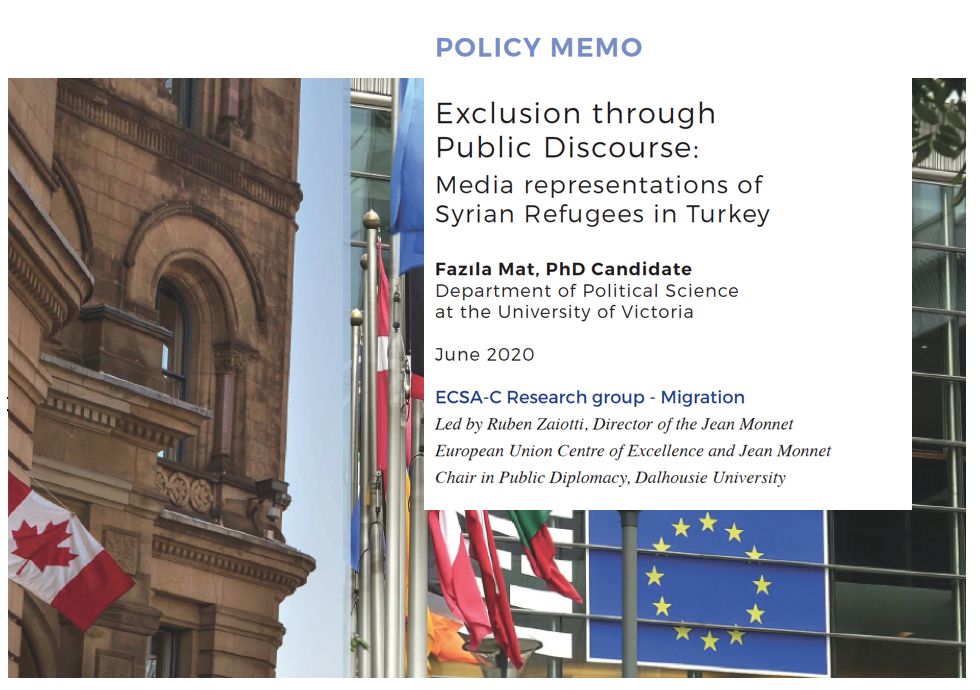