The first major event of the MSEUCA project (Communication & Media Strategies for EU experts in Canada) ‘Expert Knowledge in the Age of Declining Trust in Media’ took place in conjunction with the Biennial conference of the European Community Studies Association Canada in May 2018.

The events in Toronto brought together scholars, journalist and communication professionals to reflect on effective communication and media strategies for EU Studies in Canada. The central objective was to address the obstacles that scholars face in conducting their public outreach efforts: In a series of workshops and public debates, the MSEUCA event addressed strategies of media outreach and public engagements of EU scholars. In this respect, the MSEUCA sessions drew attention to the broader social and political environment in which academia contributes to and engages with public debates. From a transatlantic perspective, the events considered the changing role of ‘information’ in public and media discourse, the way in which knowledge is disseminated and how the expectations of different audiences have changed.

The main event on the second day was organized with one of Canada’s leading journalists: Doug Saunders, the international affairs columnist from the Globe and Mail. Having Doug Saunders allowed MSEUCA do achieve two central goals: First, the event drew draw considerable public attention to an issue of central concern from a Canada-EU perspective (migration). Second, Doug Saunders shared with several audiences his expert insight into addressing Europe-related issues in Canadian media. Bringing him together with high-profile European Studies scholars allowed for a most fruitful exchange across professional fields and a stimulating debate on successful strategies for media engagement. (watch his presentation here) 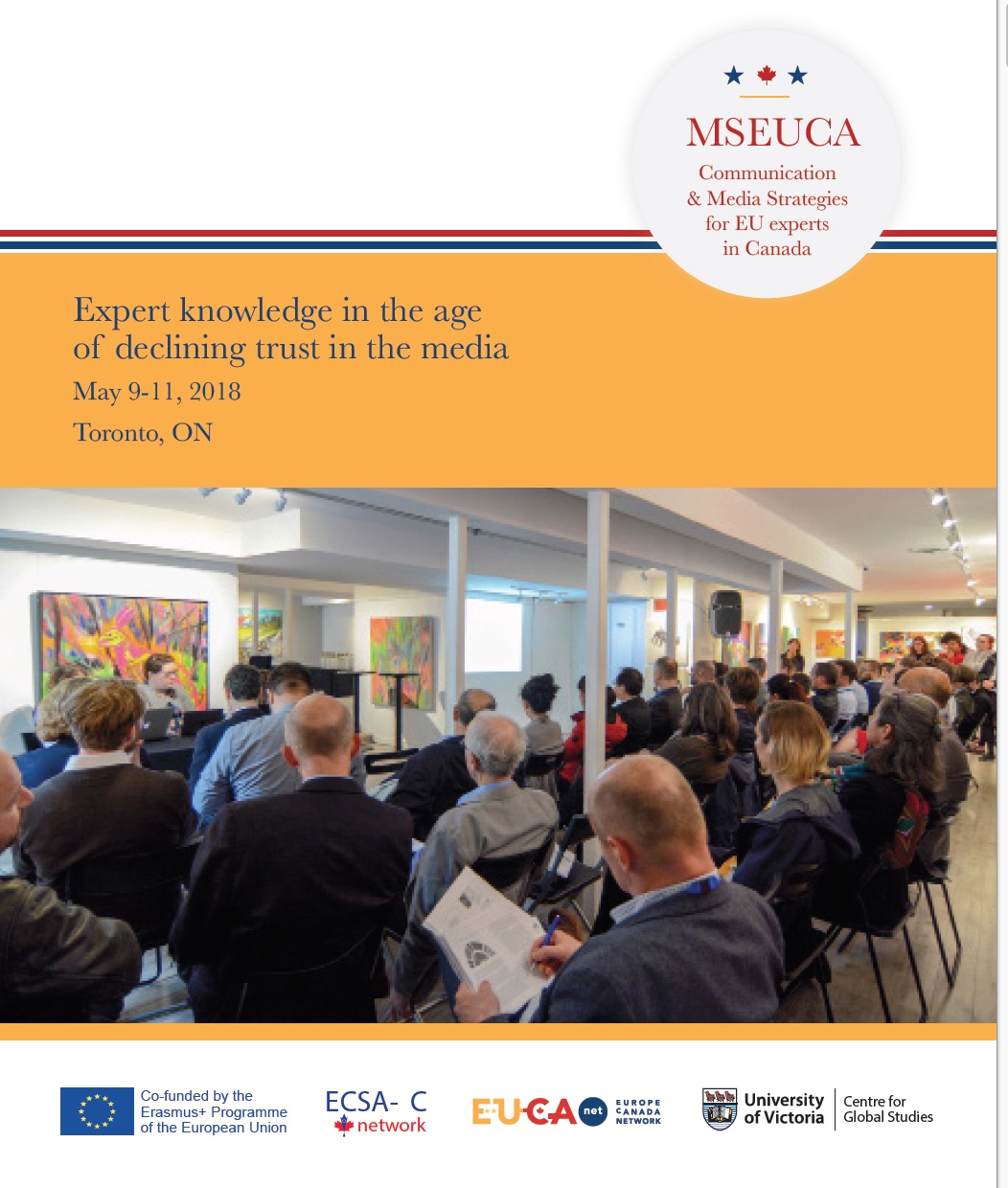