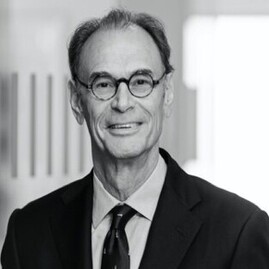 Born in Winnipeg in 1950, Jon Allen (LL.B., University of Western Ontario, 1976; LL.M., International Law, University of London School of Economics, 1977) joined the then Department of External Affairs in 1981. In addition to postings abroad in Mexico City (1983-85), New Delhi (1989-92) and Washington (1997-2001), Mr. Allen held the positions of Director General, North America Bureau (2001-2004), Minister (Political Affairs) at the Embassy of Canada in Washington (2004-2006) and Assistant Deputy Minister, Americas (2010-2012). From 2006 to 2010, he was Ambassador of Canada to Israel. From 2012 to 2016 he was Ambassador of Canada to Spain and Andorra. From December 2012 to July 2014, he was Chargé d’affaires to the Holy See. Mr. Allen is currently a Senior Fellow at the Munk School of Global Affairs and Public Policy at the University of Toronto; a Senior Fellow at Glendon College, York University; and a Distinguished Fellow of the Canada International Council. He is married to Clara Hirsch. They have two sons, Jake and AJ and two precious grandchildren, Olive and Micah.