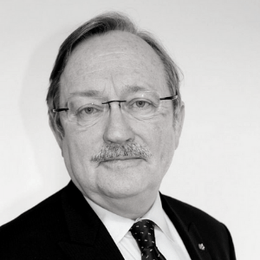 Ambassador James Bindenagel is a retired U.S. career diplomat who was appointed by President Bill Clinton in 1999 as Ambassador and Special Envoy for Holocaust Issues. He also served as Special U.S. Negotiator for “Conflict Diamonds.” More recently, he was Vice-President of DePaul University in Chicago, and from 2014 to 2019, he served as the founding Henry Kissinger Professor for security and governance at Bonn University, Germany.

In 2016, he established the International Security Forum at Bonn University, which has since continued to grow in size and prestige. The Forum has been held every year since and is attended by international scholars and practitioners in foreign and security policy. Bindenagel has facilitated lectures by renowned scholars of international relations such as John J. Mearsheimer (University of Chicago), Stephen Walt (Harvard University) and Cathryn Clüver Ashbrook (Harvard University),  and has contributed to raising the profile of the University and the city of Bonn in the foreign and security policy debates in Germany and Europe. At the end of his tenure as holder of the Henry Kissinger Professorship, he continues his work as a senior professor at the Center for Advanced Security, Strategic and Integration Studies (CASSIS).