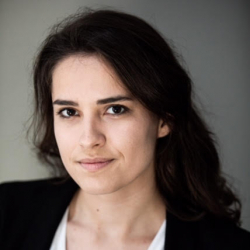 Diána Bartha has a degree in Sociology from Eötvös Loránd Science University of Budapest. Her thesis examines the identity of Hungarian minority in Romania with qualitative and quantitative methodology. The territory was detached from the former Kingdom of Hungary in 1920. The minority has a special and constantly shifting role in the Hungarian and Romanian social system. Due to the minority’s history, their identity and collective remembrance is complex. Diána Bartha has research background in the themes of Holocaust, Second World War, religious studies, collective remembrance, and identity construction. She participated in research projects focused on social movements and populism. She studied at Freie Universität Berlin at the Institute of East European Studies. At the Equilibrium Institute, she contributes as a junior researcher.