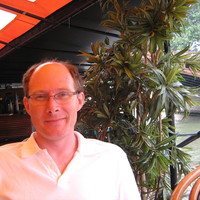 Matt James studies the politics of reparation and transitional justice and also has expertise in the fields of Canadian politics, constitutionalism, and social movement studies. He is the author of Misrecognized Materialists: Social Movements in Canadian Constitutional Politics (University of British Columbia Press) and has published on reparation, memory, and political apology in journals such as the Canadian Journal of Political Science, Citizenship Studies, Human Rights Review, and International Journal of Transitional Justice. He also produced for the Truth and Reconciliation Commission of Canada a major research report on truth commissions, victims, and perpetrators around the world.

Students under his supervision have received significant honours, including the Fulbright Scholarship and the SSHRC Vanier Canada Graduate Scholarship. He is able to supervise students working on collective memory, transitional justice, reparations, political apologies, social movement politics, hatred and responses to hatred, and Canadian constitutionalism and citizenship.