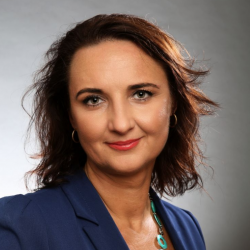 Dr. Beata Halicka is a professor of contemporary history at the Adam Mickiewicz University in Poznań. She lectured at the European University Viadrina in Frankfurt (Oder) between 2006 and 2014 and was a visiting professor at the universities in Calgary (2014), Chicago (2015) und in 2016 in El Paso (USA). She is author or editor of eight books and has published numerous articles in scholarly journals and edited volumes. For the study Polish Wild West. Forced Migration and Cultural Appropriation in the Polish-German Borderlands, 1945-1948 she received the Identities Prize 2016 for the best historical book in Poland. Her recent book Life in the Borderlands: Z. Anthony Kruszewski – A Biography has been published by Polish Academy of Science in 2019.