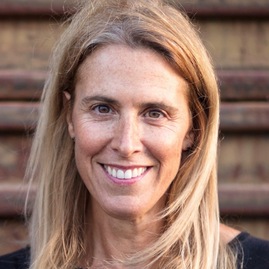 Fonna Forman is Associate Professor of Political Science and Founding Director of the Center on Global Justice at the University of California, San Diego. A political theorist best known for her revisionist research on Adam Smith, her work focuses on recuperating the ethical, spatial and public dimensions of his thought. Since 2009 she has served as Editor of the Adam Smith Review, the premier international journal of Smith’s thought.

Forman’s work engages the intersection of ethics, public culture, urban policy and the city – with a special focus on border ethics, climate justice and equitable urbanization. Forman partners closely with UCSD Visual Arts Professor and architect, Teddy Cruz, leading a variety of urban and public research agendas in the San Diego-Tijuana border region and beyond. From 2012-14 they served as special advisors on civic and urban initiatives for the City of San Diego and led the development of its Civic Innovation Lab. Together they lead the UCSD Community Stations, a network of field stations across the border region, designed for collaborative research and pedagogy on poverty, environmental justice and social equity.

Forman is an advocate for engaged social science, and university-community research partnerships. From 2014-2018, Forman was appointed by British PM Gordon Brown to the Global Citizenship Commission, advising UN policy on human rights in the 21st century.