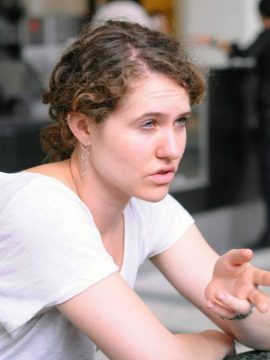 Anna Jurkevics is an Assistant Professor in the Department of Political Science at the University of British Columbia. She holds a PhD in Political Science from Yale University. Her research is primarily in the field of political theory, with a focus on democratic theory and history of German political thought. She specialises on the work of Hannah Arendt. Through her research, she contests sovereigntist geopolitical thought by touching on themes such as territory, land, and migration to offer new insights on the possibility of democratic land governance in a globalised world.