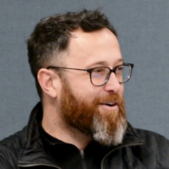 Ben is a scientific research collaborator and Postdoctoral Scholar in the “Borders in Globalization” program at the Center for Global Studies at Uvic. His work focuses on the theoretical and legal renewal of the territorial borders of the States in the era of globalization. He is writing a book about the concept of “postmodern border” which proposes that the border is not only analyzable by the territory and by the inter-state level but rather by the prism of the relationships between legal orders (national, international, European, global). This angle of analysis allows both to better understand the legal dimensions of the territorial border in globalization and to better understand the phenomenon of legal globalization through the prism of the interaction between legal orders.

His specific areas of research include the legal regime of the border, cross-border territorial cooperation law, transnational and global law, and environmental regionalization. More generally, his disciplines are Public Law, Public International Law, EU Law, and the Theory and Philosophy of Law.