Since the 2008 global financial collapse and the subsequent deep sovereign debt crises and austerity measures experienced in various EU countries, the term “populism” has been widely used to account for the rise of anti-establishment movements across the continent. It has also been widely contested. Indeed, the “populist” epithet tends to amalgamate a myriad of different political tendencies, from the radical-right to the radical-left. This has led some to argue that the term has come to encompass too many political persuasions to remain analytically meaningful. An intense concept-stretching would thus be at play, especially when the term leaves academic circles to be mobilized by pundits, editorialists and (mostly centrist) politicians. In consequence, this essay argues that there is a clear distinction to be made between the academic understanding of populism – which is not consensual but relies on a prolific and diverse literature – and the far more deficient journalistic and political conceptions of populism, that do not designate a meaningful political category but fall rather within the realm of value judgment.

My essay posits that “populism” does not constitute a threat or a corrective to democracy in and of itself. Instead, whether populist forces threaten or renew democracy eventually depends on the specific socio-cultural context in which they emerge and develop. As the first section of this essay demonstrates, populism can be seen as an ideology, as a discourse, or as a strategy, and this has implications for assessing its effects on the political system. Secondly, against widespread anguish regarding the “populist surge”, this essay analyzes the democratic consequences of “anti-populism” as a political discourse, strategy, and ideology in Western European countries, and in particular in France. Referring to one’s adversary as a “populist” is always pejorative and aims to discredit, neutralize and delegitimize any political claim that does not conform to the status quo. In that sense, “anti-populism” has detrimental effects on democracy inasmuch as it socially constructs political deviance through simplistic dichotomies and thus places considerable discursive framing limits on what is politically possible on ideological grounds. Ultimately, the populist zeitgeist leads – under the pressure of both “populist” and “anti-populist” political actors – to a symbolic weakening of traditional political cleavages and to their replacement by unhelpful, superficial binary categories such as “nationalists” versus “progressives”.

About the author: Thibault Biscahie is a doctoral candidate in the Department of Politics at York University (Toronto), where he specializes in political economy, international relations and comparative politics. He holds a Master’s degree from Sciences Po Lille and has also studied at the Université du Québec à Montréal and the Université de Provence. He is currently teaching international politics at York University as a Teaching Assistant. 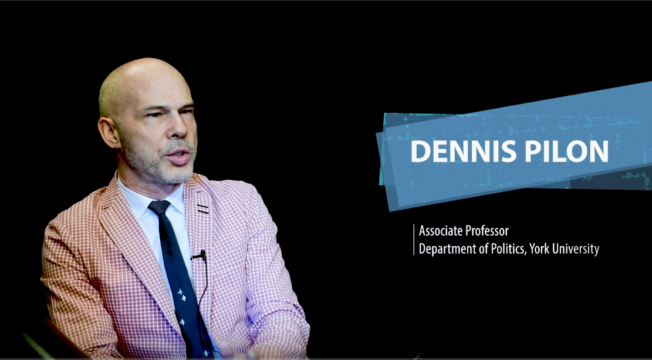 Prof. Dennis Pilon: The challenges our democracies are facing today

DEMOCRACY HERE AND NOW – The exemplary case of Spain, by Pablo Ouziel

A Return to the People? The Case Against Populist Politics, by Laurence Cla...
Scroll to top