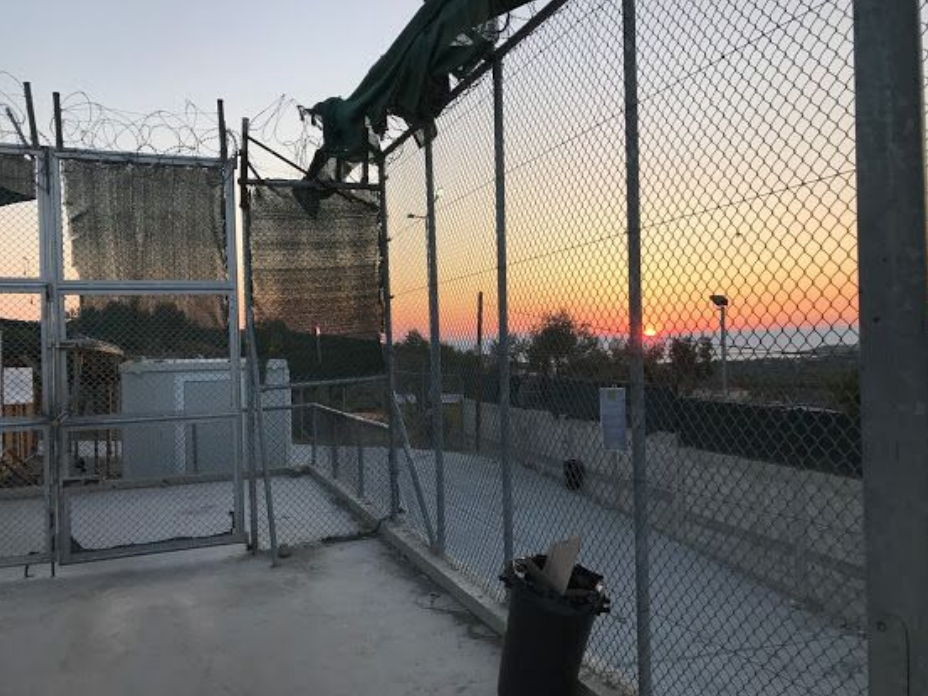 After dedicating most of my academic career intellectualizing and theorizing about migration flows and trying to understand and explain social, political and economic reactions to sudden influxes of people due to conflict or natural disasters I took the opportunity between my Master degree and my PhD to leave the books behind and spend some time working on the ground with the organization ‘Lifting Hands International’ in Greece in a Community Center and Accommodation for Refugees.

Perception of a situation is a powerful tool to create social reaction, and I hope a series of experience reports from different volunteers and first responders in Greece may assist in balancing an often fear driven narrative created by the media. The following experience reports are highly subjective and personal glimpses into a sphere of interaction between refugees and dedicated individuals, who have donated their time and energy to improve the often dire circumstances in the refugee camps in Greece.

My personal experience brought me to the northern Greek town Serres in early 2018.

Serres is a small town of 80,000 people tucked at the base of the Vrontous mountain range, one hour northeast of Thessaloniki by car. It is actually closer to Bulgaria than it is to Thessaloniki. It is a typical Greek town, meaning great food, friendly people, and a lot of politics. It’s hot and humid during the summer and brutally cold in the winter. When I arrived in Serres it was early January, and while there was fortunately little snow on the ground, the temperatures barely rose above freezing levels.

Most residents of the refugee camp, which was organized by the local Greek municipality, were Yazidi. Targeted by ISIS as a religious minority, the Yazidi community has endured a grim period of genocide and is by now almost completely wiped out due to violent takeovers in Syria, Iraq, Iran and Afghanistan. If you are interested in the Yazidi community and their stories please read through at the first third of the UN’s report on the genocide of Yazidis, in order to understand what the residents of Serres camp have been through and what sets them apart. In a nutshell Yazidis are member of a Kurdish religious minority found primarily in northern Iraq, their official language is Kurmanji and after the invasion of the IS in their region and their vicious persecution, their culture got almost entirely wiped out as the survivors had to flee over the Sinjar mountain range to escape genocide.

During my time in Serres, I took over the German lessons, as the previous language teachers Kathi and Corinne were departing back to Germany and Switzerland. Many Yazidis already have families in Germany and are just waiting to join them, which unfortunately can take several years with the current backlog in European bureaucracy and the ongoing disputes between the Member States of the European Union to find a coherent system to deal with the refugee influx.

My goal was to utilize the time I had with the Yazidi community to give them a solid understanding of language and habits of the German life to allow a smooth arrival in the anal German bureaucracy as well as navigate the jungle or rules that is the German language with fun and exciting lessons. During my time in Serres I offered Beginner German, Advanced German, German for the Babas (Dads) and the Mamas (Moms). I also initiated an ABC class, designed to teach people not familiar with the Latin Alphabet. Additionally, I started a band project with the Yazidis to combine their countless talents on the guitar, ukulele, piano, drums and singing to a wonderful band-project, the Blue-Hearts, we called ourselves. Some members of our little band requested to cover Justin Bieber songs, and even though I do not feel strongly about that request, it just showed me, they are just normal teenagers, identifying with some of the same cultural phenomena as any western teenager. Music is such powerful tool to connect people and it reminded me time and again, instead of always searching for differences; how is that person distinct from me – we can find s many beautiful connections through similarities, may it even be a terrible taste in music. After about a week of rehearsal, there was not a single person in the camp, who was not able to hum along to Justin Biebers ‘Love yourself’ as we practiced everyday for over an hour, outside around the fire, for everyone to hear and participate.

Even though I was offering four different levels of German classes, from ABC to Advanced, the levels and especially the age gap is tremendous in my groups, which makes it very challenging, but often just as much fun. The group dynamic is such a wonderful thing to observe when you witness some of the babas (Dads) erupting in a petty little disputes about who said a word first and correct, or some of the teenage girls maturely navigating their advanced understanding of the alphabet to the benefit of the whole group. My heart jumped with joy when we played charades and I was barely done painting a hardly identifiable jacket, and 15 people almost fell over from leaning forward and yelling at me from the top of their lungs: “JACKE, JACKE, JACKE.” When I then held my finger up and asked: “Artikel?” they group resumed yelling: “DIE JACKE; DIE JACKE; DIE JACKE.” They brought so much passion, devotion and ambition to class, I could hardly wish for a more wonderful group of people to teach German too. Not rarely did some of them sneak into the tents before or in between classes to write words on the whiteboard and ask me to correct them and to give tips.

We wanted to make a positive impact and help the people to heal from their tremendously dangerous journey and experiences. We wanted to help create an environment in which the people can thrive and develop their wonderful personalities and talents. We hoped to provide a space in which the many kids and teenagers can grow safely and hopefully soon will find a more permanent home. What happened during my time in Serres was however much more balanced. It was a give and take, it was a collaboration between people, not a hierarchy. The atmosphere was coined by respect, by gratitude and by trust on both sides. We were invited to eat and drink chai (tea) and play games, sing songs and craft beautiful decorations together. As they slowly learned German, I slowly learned Kurmanji.  Everyone helps, everyone participated with learning each other’s customs, languages, with building the constructions and providing the energy, the time and the love to create a community more than anything else.

If my time in Serres has done one thing, it has humbled me to the core and showed me, there is no need for a continuation of coloniality, for othering and for xenophobia. However, it is time to listen.

It is time to listen

We often find ourselves talking instead of listening, assuming instead of knowing. The confidence of our western understanding of the world drowns the expertise, the wisdom, and the tales from other parts of this world. It is time to listen

Especially coming from an academic background on migration and refugee studies, I am used to fancy, renowned and established scholars, usually stemming from a western university or education institution explaining, describing and analyzing a situation. And in the same line of learning, I have adapted and taken in this linear way of communication knowledge and understanding. I can intellectualize my hypocrisy, but here in Serres I actually learn to shut up and listen. It is not about me, it is not about theories, about abstract concepts and fancy names. It is a about humans that have so much to tell. And it is a privilege to listen, I am humbled by their willingness to share with me their tales, their knowledge and their unbroken spirits, optimism and positivity. 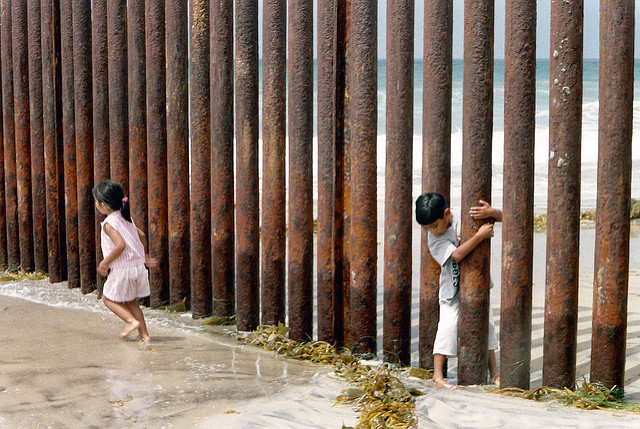 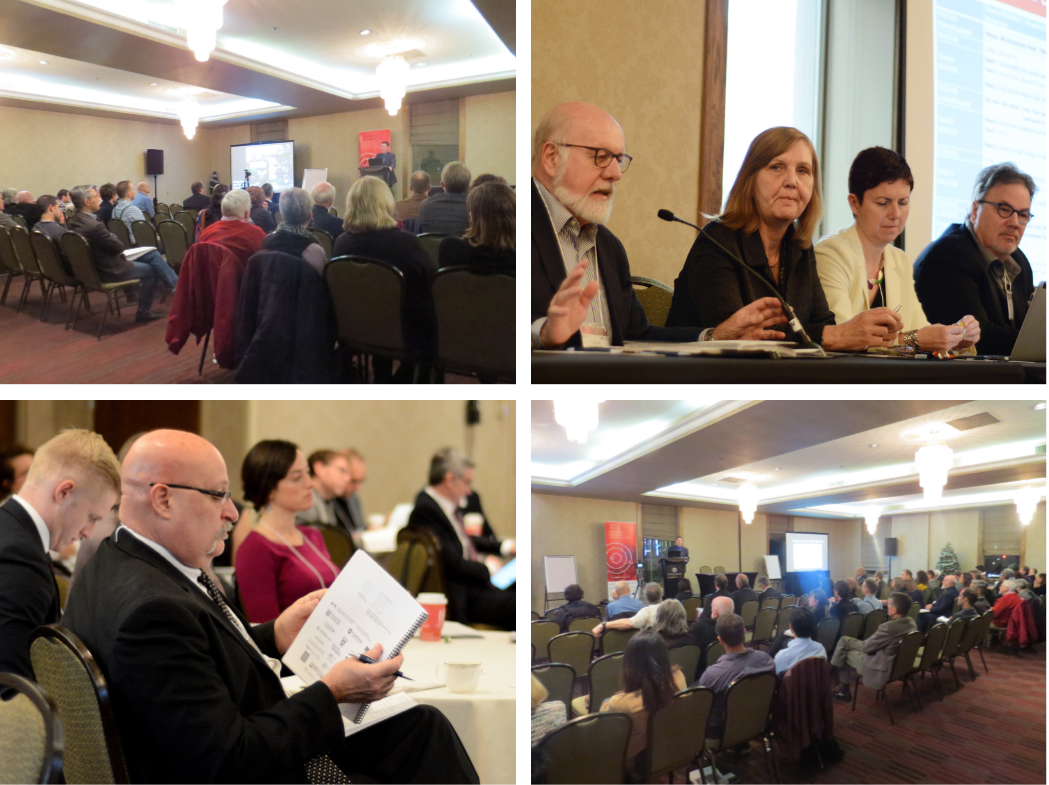 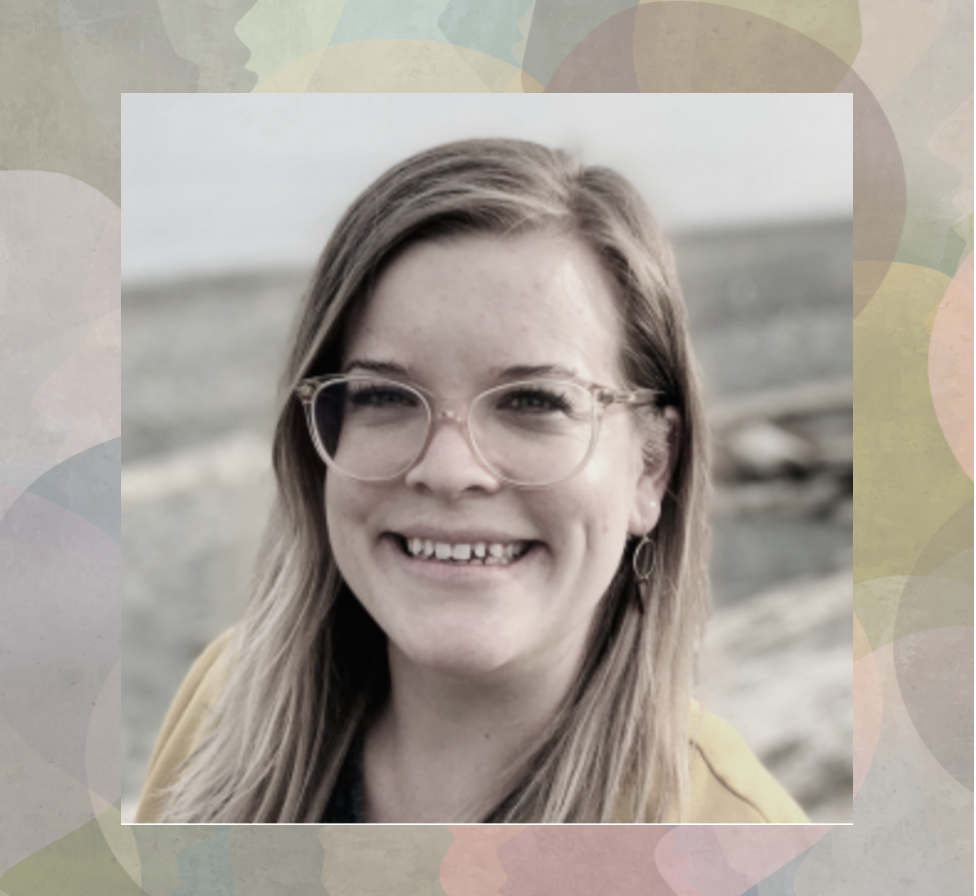 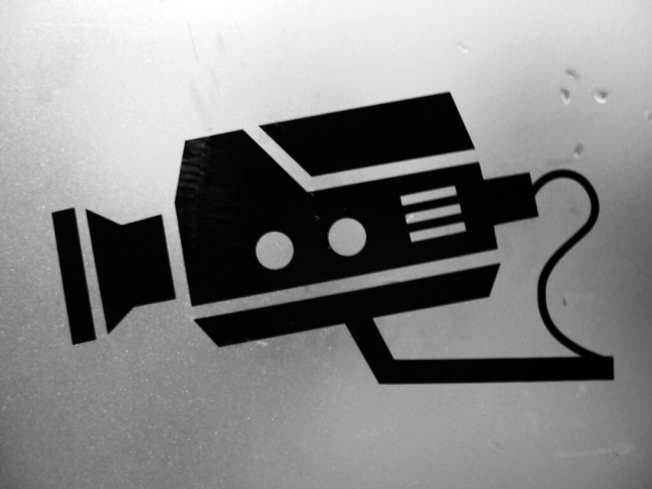 Surveillance and Democracy, by Pablo Ouziel 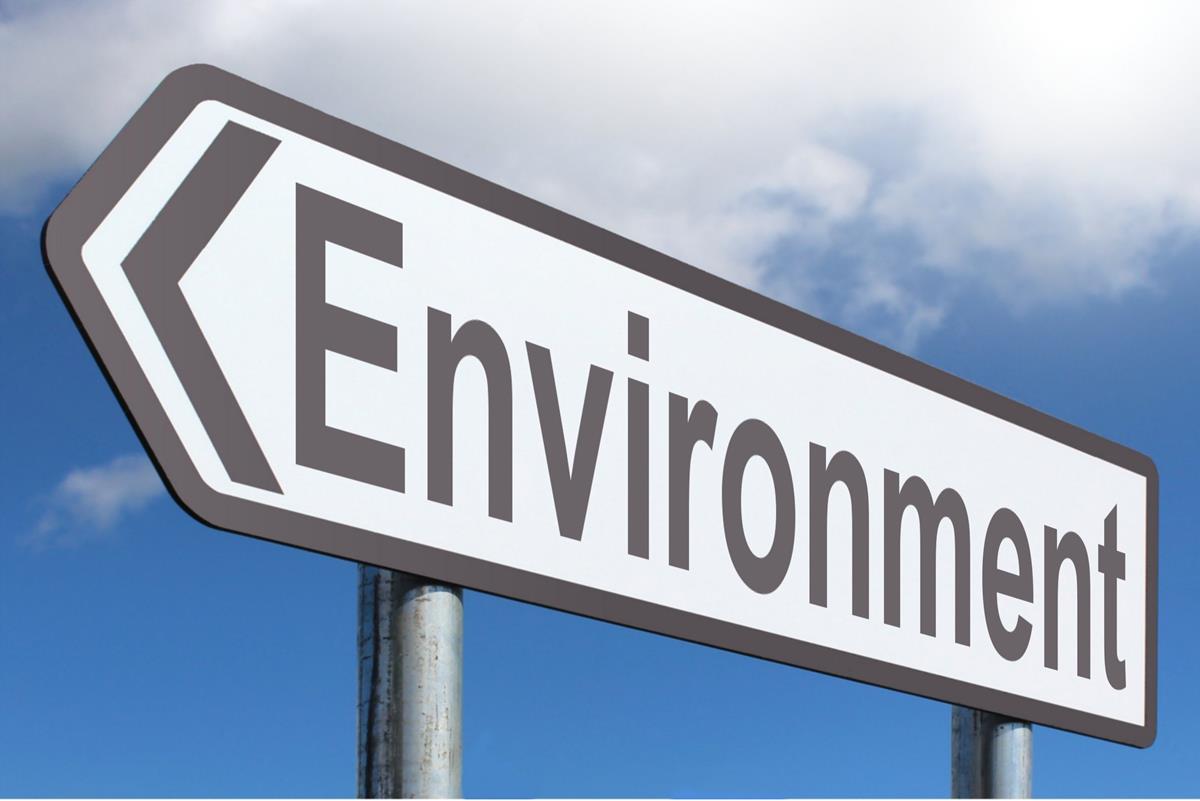 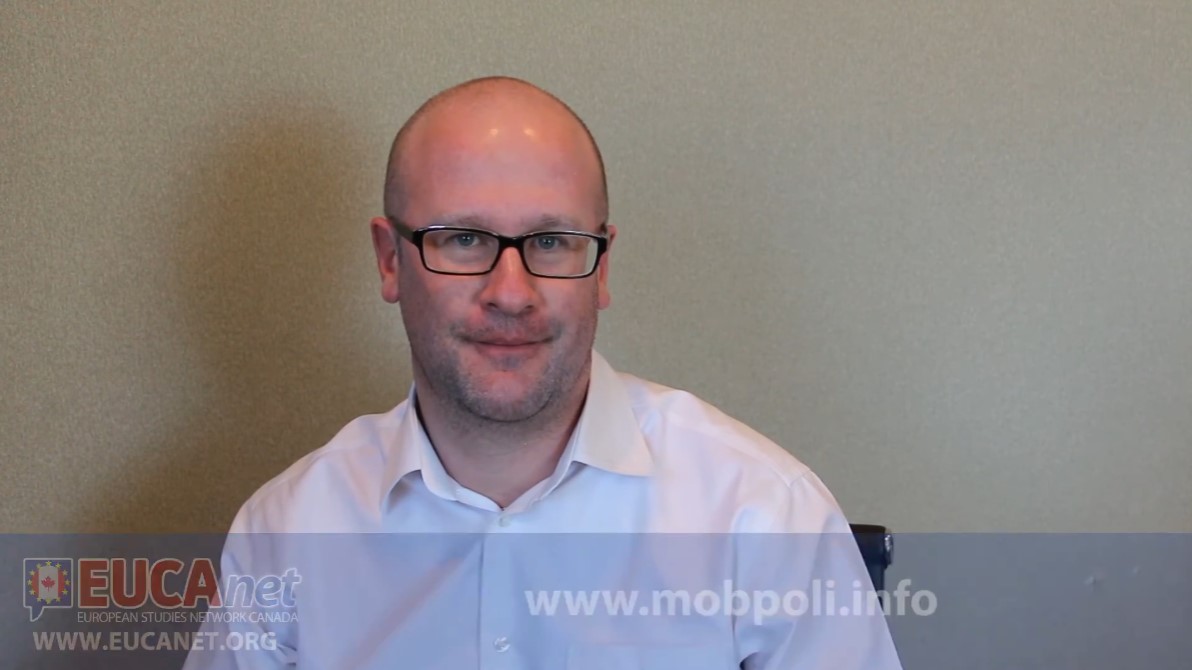 Attitude Changes towards Immigrants in the Turbulent Years of the ‘Migrant...
Scroll to top