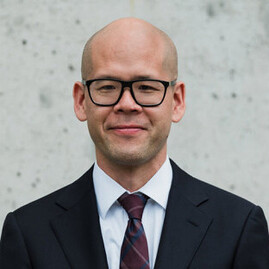 Prof. Hoi Kong is the Rt. Hon. Beverley McLachlin, P.C., UBC Professor in Constitutional Law. He researches and publishes in a range of areas of public and constitutional law and theory. Much of his work has focused on how to make the substance and processes of public and constitutional law more legitimate in the eyes of citizens. He is a recipient of the Canadian Association of Law Teachers’ Academic Excellence Award, for outstanding contributions to teaching and research in law, as well as the Queen’s University Law Students’ Society Teaching Excellence Award; the John W. Durnford Award for Teaching Excellence, awarded by McGill’s Law Students’ Association; and McGill University’s Principal’s Prize for Excellence in Teaching.

He is on the executive editorial board of the American Journal of Comparative Law and the international board of distinguished advisors of the Federal Law Review.  He has been an academic visitor at, among other institutions, Cornell University, Kyoto University, the Australian National University and the University of Fribourg.  And at the outset of his legal career, he was law clerk to Justice Deschamps and Justice L’Heureux-Dubé at the Supreme Court of Canada.