CEDoD stands for Canada - Europe Dialogue on Democracy: Democratic deficit and the rise of populism in Europe. CEDoD (2018-2020) brought together a core group of multidisciplinary researchers at UVic to create a transatlantic scholarly network designed to facilitate a multilogue between civic society actors, academics and policymakers regarding populism and democracy in the European Union. The key objective was the creation of a vibrant research network focused on knowledge dissemination initiatives and engagement strategies targeting scholars, public policy stakeholders and civic society organizations. The principal idea behind the project was to engage Canada-EU experts in a transatlantic dialogue about European issues through the lens of democracy and populism.

This Jean Monnet project was co-funded by the Erasmus+ programme of the European Union and the Centre for Global Studies. It was part of the EUCAnet.org initiative.  The actions and activities developed through the project included an expert database for scholars working on issues of democracy and populism; an essay contest  and award  “Populism - a corrective or a threat to democracy?”; two international workshops (March 2019 and March 2020; a blog on democratic deficit and the rise of populism in Europe; a video clip series; media contributions and alerts; policy memos; a university seminar “Migration, Populism, and Nationalism - Challenges to Liberal Democracy: A Transatlantic Perspective” and publications: Decade After the Collapse: Financial Crises, Austerity, and Their Responses’ and an edited book on the Democracies and their Futures (to be published by Routledge). The activities were organized and managed by the Europe Canada Network EUCAnet.org, housed at the Centre for Global Studies (CFGS). The first of the international workshops "Democracy & its Futures" (March 21st and 22nd, 2019) was realized with support of the Cedar Trees Institute at the CFGS and the second workshop "Constitutionalism in the Age of Populism" (March 6th to 8th, 2019) was organized in collaboration with the Faculty of Law at the University of Victoria, the CTI at CFGS, Eötvös Loránd University (ELTE) in Hungary and the University of New South Wales, Sydney in Australia. 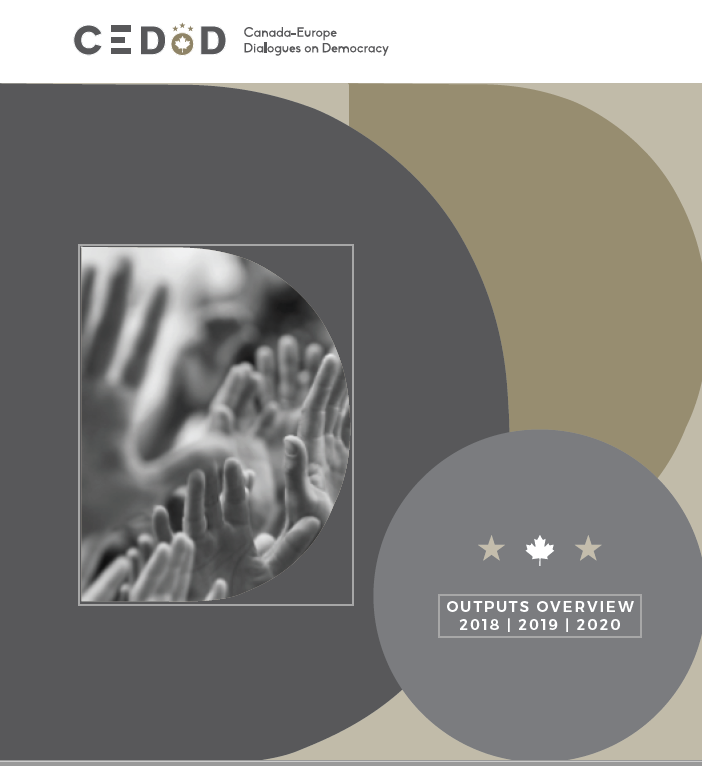