This webinar will be presented in POLISH with simultaneous translation into ENGLISH . 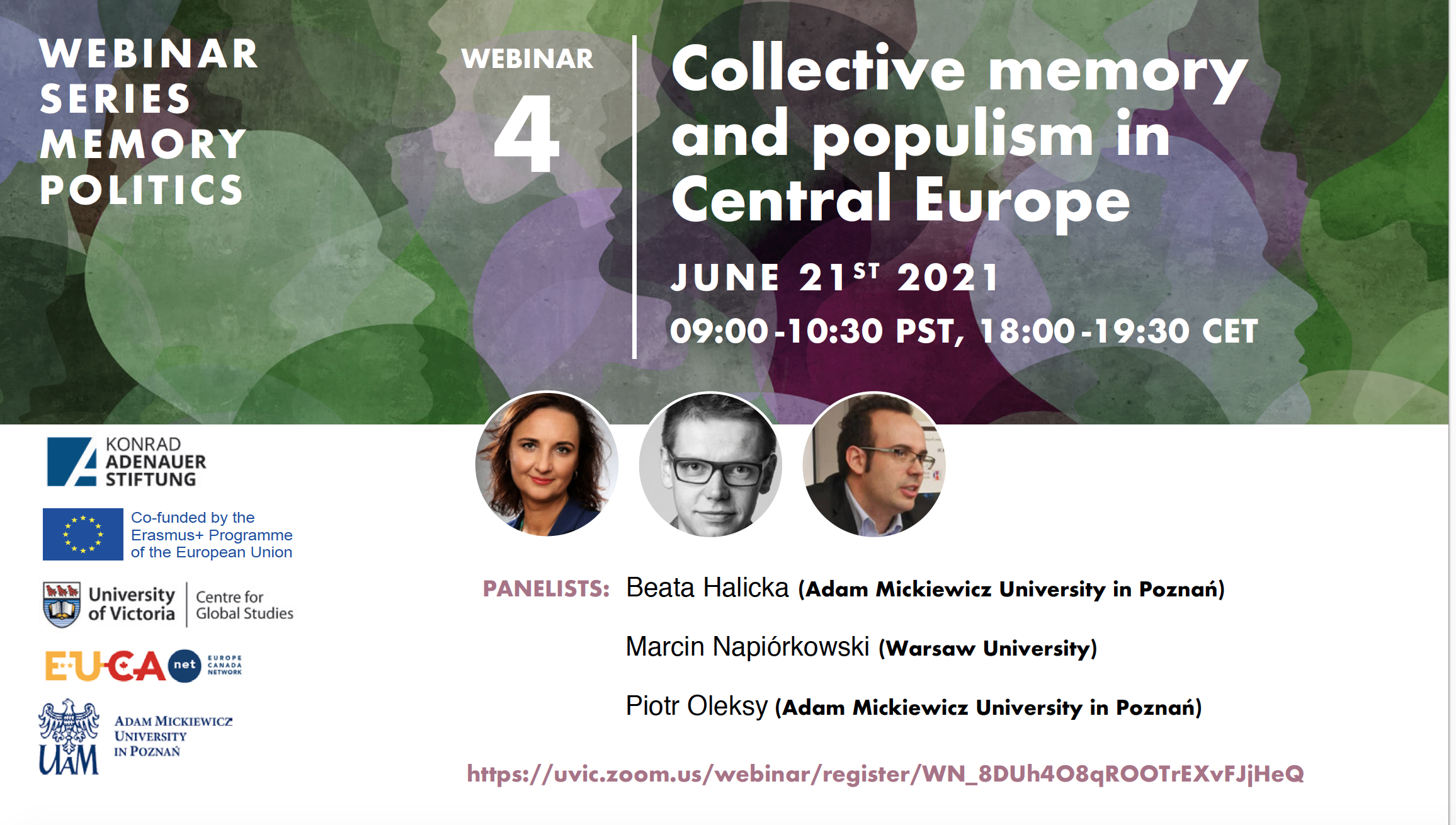 Beate Halicka is a professor of contemporary history at the Adam Mickiewicz University in Poznań. She received the Identities Prize 2016 for the best historical book in Poland for the study Polish Wild West. Forced Migration and Cultural Appropriation in the Polish-German Borderlands, 1945-1948. Her recent book Life in the Borderlands: Z. Anthony Kruszewski – A Biography has been published by Polish Academy of Science in 2019. Her research interests include nationalism, forced migrations, constructions of identities in border regions, collective memory, German-Polish relations, Polish diaspora in the world.
Marcin Napiórkowski is an Assistant Professor at the Institute of Polish Culture, University of Warsaw. He has published books and scientific papers in areas such as semiotics, memory studies, and contemporary mythologies. Napiórkowski is a columnist for a Polish weekly “Tygodnik Powszechny”.
Piotr Oleksy is an associate professor at the Adam Mickiewicz University in Poznań (History Department), publicist collaborating with leading Polish journals and coordinator of many initiatives on promoting history, cultural heritage and literature, such as “Looking to the East” or “The Castle”. His research focuses on collective identity dynamics and identity policies in Central and Eastern Europe after collapse of Soviet Union and on international relations in the region.
Copyright © 2021 EUCAnet Europe Canada Network. All Rights Reserved.
Joomla! is Free Software released under the GNU General Public License.