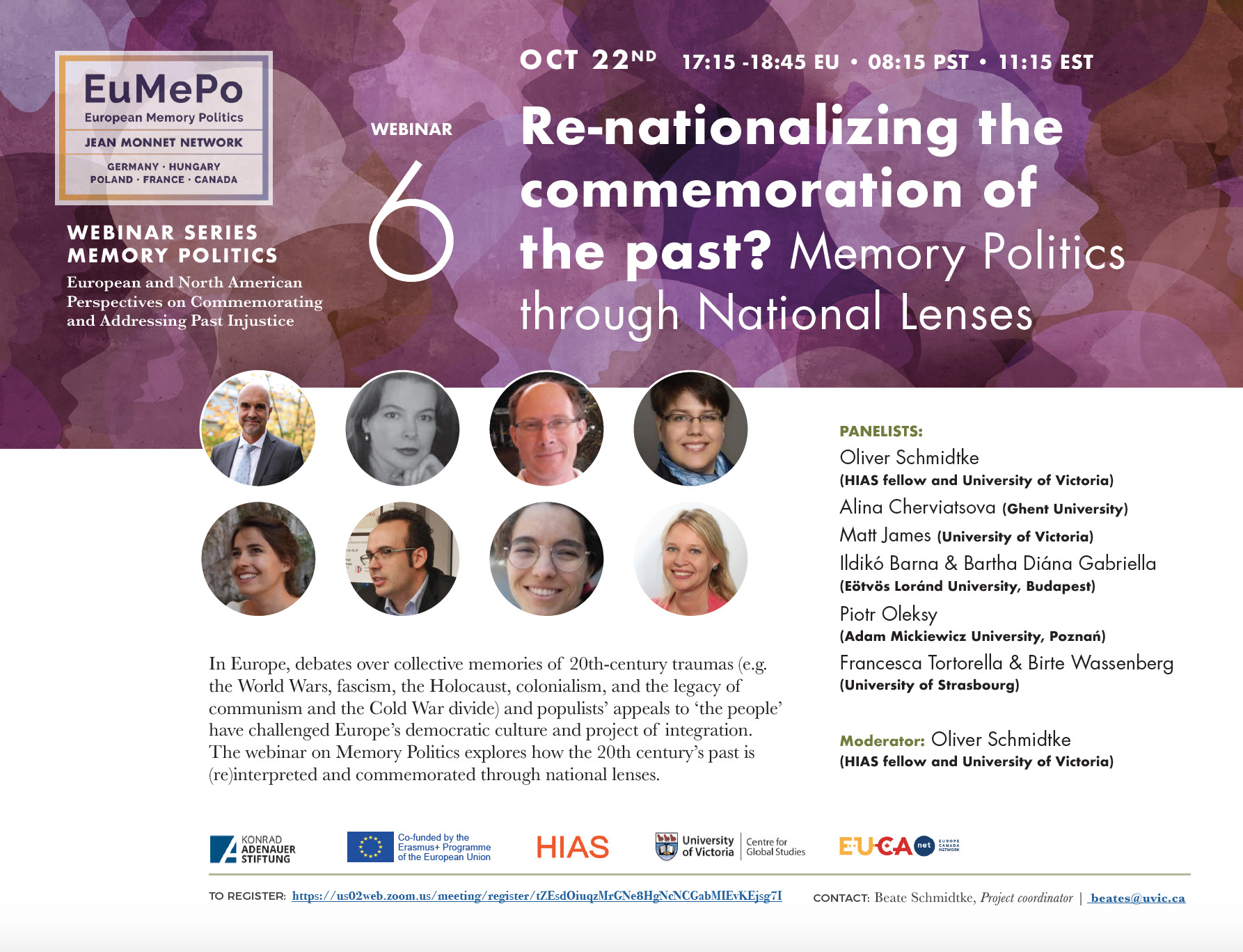 In Europe and Canada, debates over collective memories of  20th-century traumas (e.g. the World Wars, fascism, the Holocaust, colonialism, and the legacy of communism and the Cold War)  and populists’  appeals to ‘the people’ have challenged  Europe’s democratic culture and project of integration. This webinar on Memory Politics explores how the 20th century’s past is (re)interpreted and commemorated through national lenses.

Read more about our speakers:

The webinar is part of the workshop “Populism, Nationalism, and the Politics of Memory in Europe” organized in collaboration with the HIAS – Hamburg Institute for Advanced Studies.  The workshop is based on the Jean Monnet Network “European Memory Politics: Populism, Nationalism, and the Challenges to a European Memory”; co-funded by the Erasmus+ Program of the European Union and supported by the Konrad Adenauer Foundation in Ottawa.

‘We the People’: Demarcating the Demos in Populist Mobilization—The Case...